While sitting in a restaurant in Poland that had to be the pierogi serving equivalent of TGIFriday’s in the States, I got to thinking about eating well while traveling. I do quite a bit of food related research and planning before my trips.. I cross reference food blogs and guide books and, sometimes in a pinch, TripAdvisor. I read up on local specialities and where and when and how to eat what. But somehow, at least once, on every trip I end up in a place like this, where costume clad women serve up big platters of low quality local fare to loud British and American tourists. 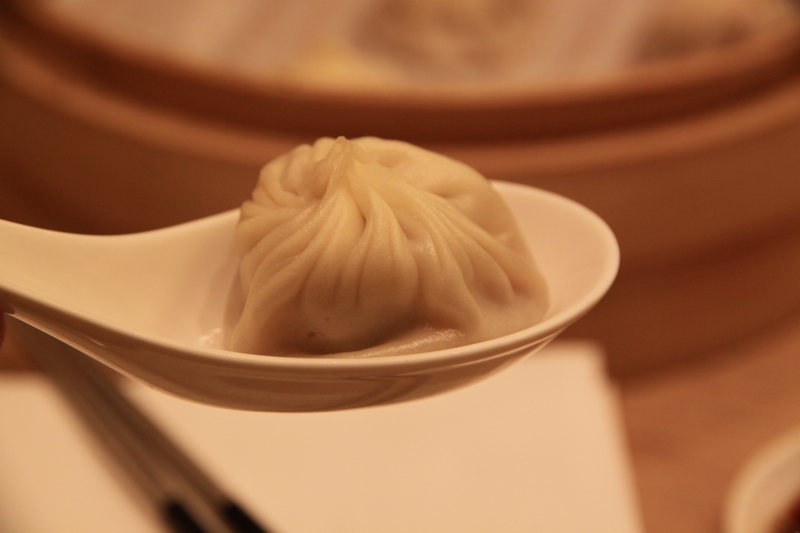 Din Tai Fung in Taipei might be touristy, but it’s damn good.

In addition to thinking about how I find places to eat while traveling, I also thought about the myths that pervade travel blogs and guide books about how to find the perfect place to eat abroad and how those myths aren’t really true.

Is there a surefire way to find the perfect meal when you are on the road? No, there isn’t. But don’t let these myths fool you again.

This is probably my favorite of the travel dining myths. People assume that if you are handed a menu in English that it is a tourist restaurant, catering to the palettes of foreigners without much care, and that no local person would ever dream of setting foot in that restaurant. Yeah sure, this can be the case, especially if you sit down at at a restaurant in the main square of whatever major European city you’re visiting, but oftentimes an English menu just means there is an English menu. 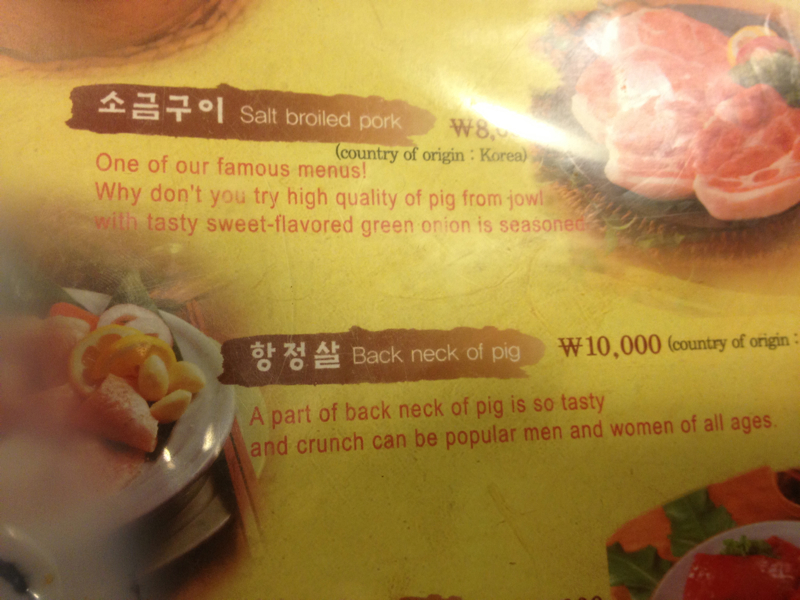 My favorite English menu of all time. At Saemaeul Sikdang in Seoul.

In major cities around the world that are tourists and expats and other non-native language speaking people that frequent restaurants. A lot of these restaurants create English speaking menus to help these people. An English menu doesn’t mean they are catering only to tourists. It might just mean they want to help the random foreigner who turns up. There were plenty of places that I ate at repeatedly in Korea that had English menus where I never saw another foreigner over 2 years of eating there and had really good food. 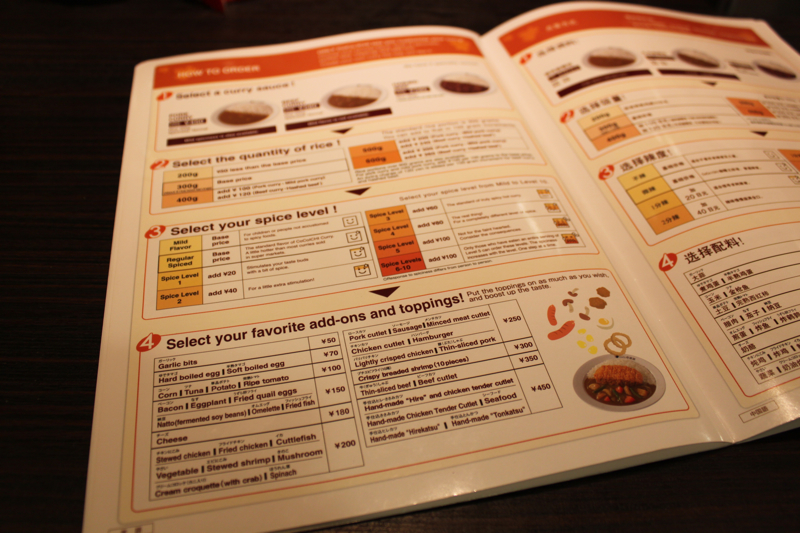 AN ENGLISH MENU IN TOKYO AT A RESTAURANT WHERE I WAS THE ONLY FOREIGNER.

Just the presence of an English menu is not the sole test of a restaurant being good or bad.

2. It’s filled with locals so it must be good

Have you been to an Applebee’s in a small town in the United States? Or to McDonald’s on a Saturday afternoon in Europe? These places are filled with locals. I’m talking lines out the door, 40 minute wait for a table on a Tuesday evening packed with people who live there crowded. Are Applebee’s and McDonald’s wonderful restaurants that you would recommend to someone visiting? Hell no. 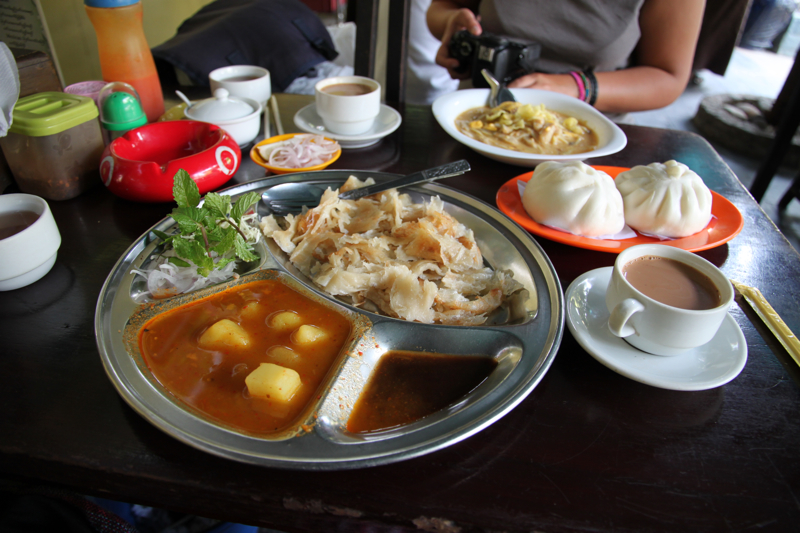 Filled with locals AND delicious in Yangon.

Just because you are in Germany and every person in the place is German doesn’t necessarily mean that it is going to be a great meal. Germans, like most everyone else, don’t go out to phenomenal, local cuisine serving restaurants every time they dine. The restaurant is most likely filled with Germans because you’re in Germany.

Relatedly, if there a couple other tables of tourists it doesn’t necessarily mean that the restaurant is going to be absolutely terrible because there are foreigners there. They probably also saw this place on TripAdvisor, too.

I find this myth to be especially prevalent in places like France and Italy, places that are well known around the world for having good food. People assume they can just waltz into any old brasserie or trattoria and be served a world class meal. Because they are in France, duh.

Fabulous food in England, a country not known for its culinary achievements.

I can’t tell you how many times I had bad food in Rome due to my lack of planning or general laziness. Microwaved lasagna and overcooked noodles swimming in pre-made sauce happen in Italy too.

There are shit restaurants everywhere. Even in countries with a boatload of Michelin stars.

So, how do you find a good place to eat when you are traveling abroad?

Finding a great meal while traveling isn’t always easy. Sometimes it can be hard to find a place to eat after a long day of sightseeing. Sometimes you rely on a less than stellar recommendation from the person at your hostel or hotel. Sometimes it seems like every person on TripAdvisor must only eat Spaghetti-O’s when at home if they though that was a good meal.

But there are some ways you can weed through the bad from the food.

1. Stay away from main squares and tourist sites

This is an oldie but goodie piece of travel dining advice that usually rings true. There are some exceptions of course (Roscioli in Rome, for example), but for the most part: do not eat in the main square or near huge tourist attractions. These places are generally tourist traps serving crap food at high prices. While it can be nice to sit in a big piazza and people watch on a nice day, if I want to do this I’ll sit there with a (still overpriced) beer or coffee instead of wasting my money and time on a subpar meal. 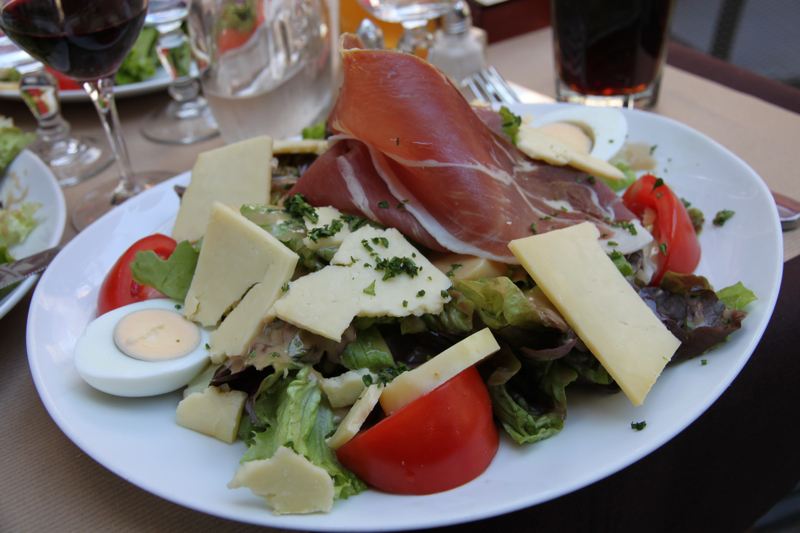 Walked down some side streets in Paris and found this amazing lunch spot.

2. Ask for recommendations from people with similar food opinions

You know your friend who eats dinner four nights a week at the pub down the road you can’t stand, or your boss who only likes boneless, skinless chicken breasts? They might have been in Paris or Bangkok or Rio last year, but don’t ask them for restaurant recommendations. While they might wax nostalgic about the most amazing carbonara they had in Rome, if you don’t like what they eat when they are home, you probably won’t like what they eat while traveling. Instead, ask around for the opinion of people you trust food wise. I have a list of friends, acquaintances, and bloggers that I know I can always reach out to when I’m looking for good grub in a new city. 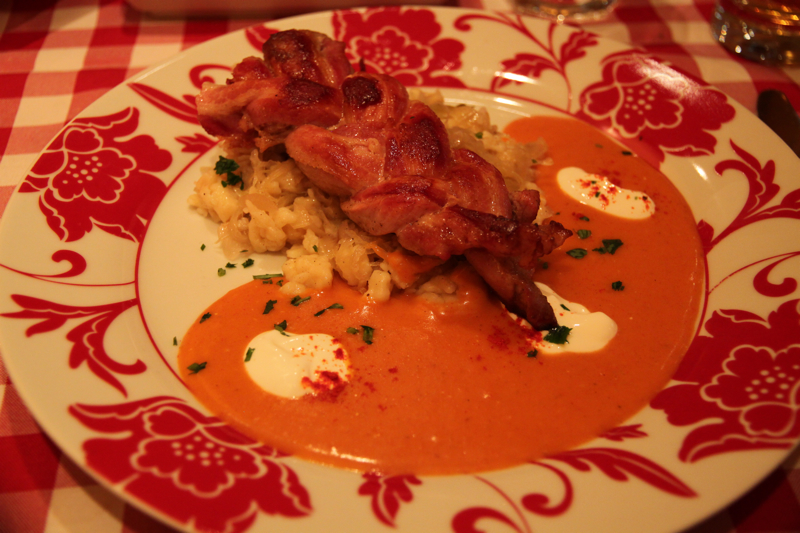 Recommendation from a friend in Budapest.

This is my new favorite way of discovering places to eat when I’m traveling. Most (but not all) food bloggers are people who have spent a lot of time eating and have a fairly well developed sense of what is good and bad, and since they are local they’ve probably sussed out the options available more than a traveler who is just passing though. 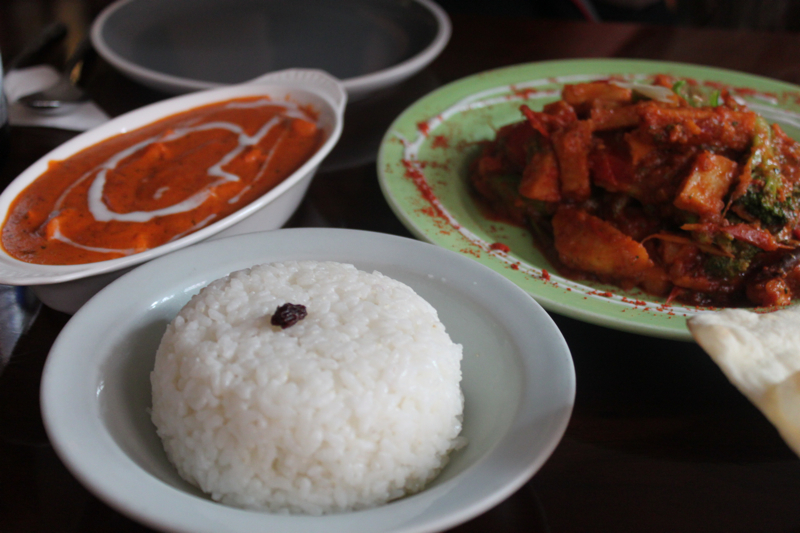 Great curry in Korea found on a food blog.

Before my trip I will Google “city name food blog” and there are usually at least a few English language blogs that pop up. I’ll check out their top rated restaurants or try to find a place they like that serves one of the local dishes I’m keen to try. Like any recommendation, don’t hold it as the absolute truth, but I’ve found local food blogs to be a fantastic starting point for local dining research. 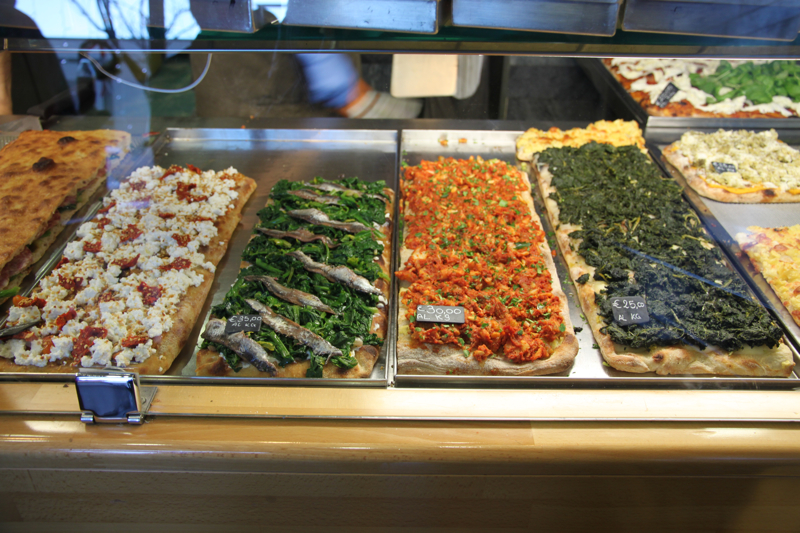 These days food tours are popping up in cities around the world. And for good reason. Food tours not only bring you to some spots that are popular with locals, but also give you the history of the dish and its significance to the country or city. 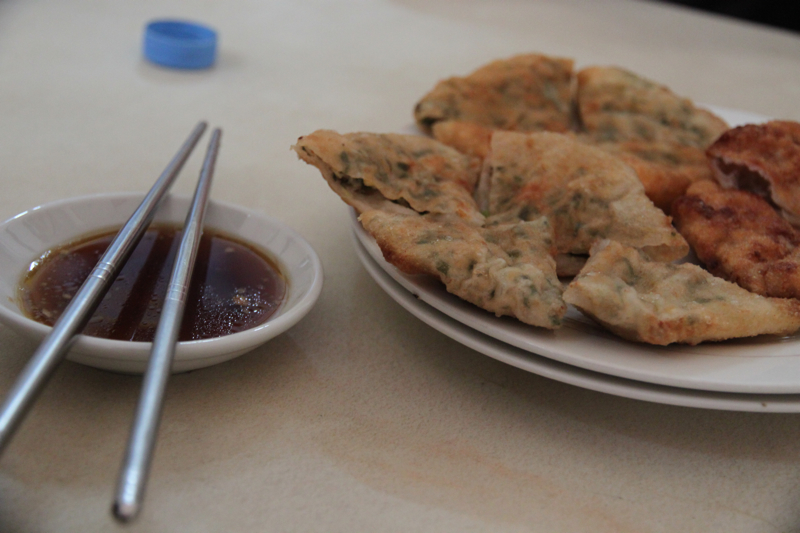 Dumplings on a food tour in Manila.

I’ve been on food tours in Manila, London, and Madrid and left all of them with a full stomach and a better understanding of the place I was visiting. Additionally, your tour guide can be a great resource. After the tour stick around and ask them their recommendation for other places you should eat. I’m sure they will have some ideas.

Bacon sandwich on a food tour in London.

How do you choose where to eat when you’re traveling?