1. an ache for the distance; literally, farsickness

I have a farsickness and I’m always hungry.

So I travel, I eat, and then I write about it.

While growing up in Michigan, I dreamt of two things: exploring the world and food. I wrote letters to my grandfather in New York telling him about my imaginary friend’s travels around the world. They mostly focused on what she ate. 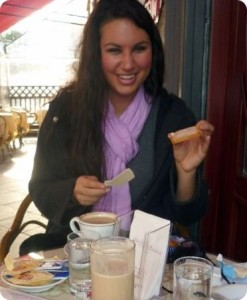 During college I studied in Rome for a semester where I fine tuned my Italian language skills, learned to love cheap red wine, and discovered how exhilarating it can feel to wake up in a new city every weekend.

After graduating from the University of Michigan, I headed straight back to my favorite city in the world, Rome, to work as an au pair and spent a few more months eating as much pizza (potato, preferably) as possible.

I had a brief stint back in the USA, but within months realized that the 9-5, 2 weeks of vacation cubicle lifestyle was not for me. So, I moved to Seoul and taught English for two years and then headed out on a four month backpacking adventure around Southeast Asia.

After being on the road for a few months I was craving some stability again. I’m now living in London and studying for an MA in Digital Journalism at Goldsmiths, University of London. 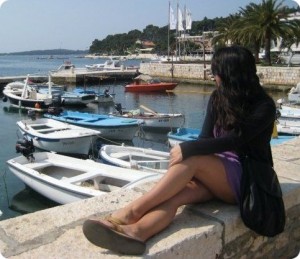 Besides travel and food, I love craft beer, the ocean, a great view, and The Beatles. I’m a die hard Wolverine fan and the hardest part of being abroad is missing college football season. I have a weakness for horrible reality television, you’ll never find me without my Kindle or iPhone, and I absolutely adore elephants.

And at any moment in time I am probably planning my next great meal.