We are told from a young age that we should face our problems head on. We are told not run away from them, that they’ll get worse or that they’ll only continue to follow us.

For me, though, running away turned out to be the best possible solution to my problem.

My problem was happiness, or rather a complete and utter lack of it. 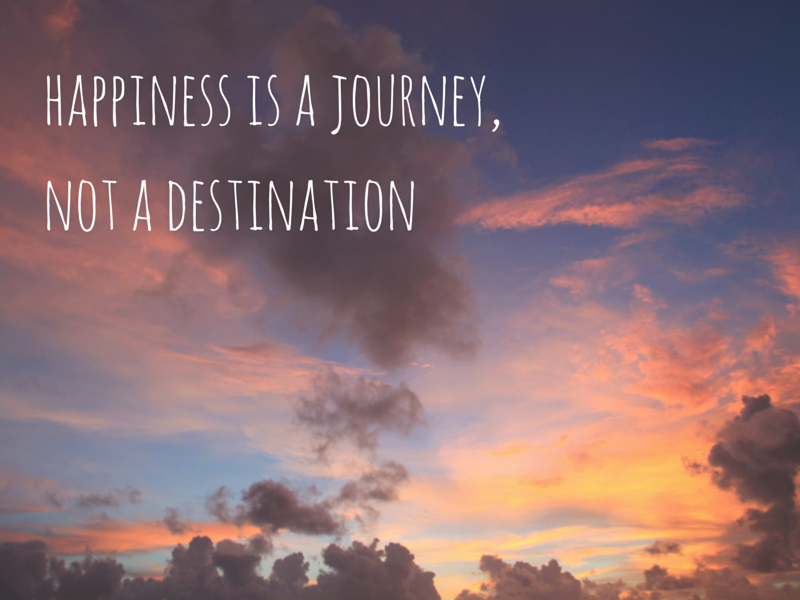 When I was 20 I was diagnosed with clinical depression and generalized anxiety disorder. In the two years since high school I’d gone from a normal, happy teenager ready to take on the world and all its challenges to someone who could barely get out bed each day. I’d graduated from high school near the top of my class and started college at the University of Michigan with dreams of being a Detroit Red Wings beat writer or becoming President. I was determined, hard working, and optimistic.

Everything changed my junior year.

I started to skip classes and rarely left my bed, save to answer the door for delivery. I didn’t do chores, flaked out on plans, and lied constantly. At night I’d lay awake thinking about everything that was wrong with my life until I finally fell asleep around dawn.

I knew that I was screwing everything up, but I also felt like I couldn’t do anything to change it. 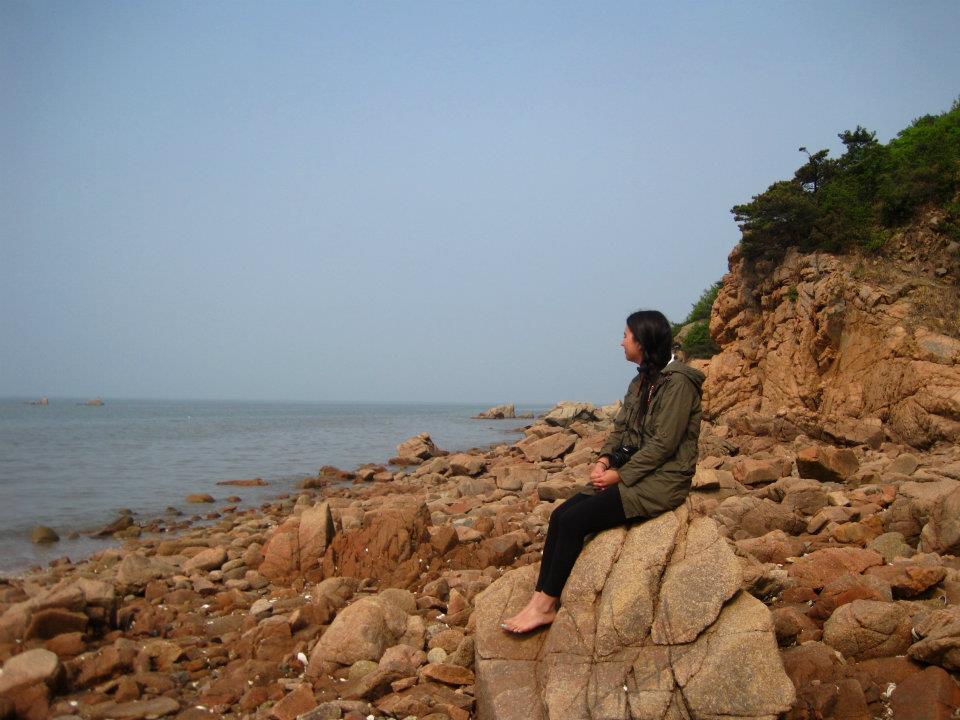 I started having panic attacks about a year later. Most of the time they came out of nowhere. I would lay on the floor crying, hyperventilating, out of control. My fears of ruining my life were holding me down. They were choking me.

Over the years I went on and off medications. Some made me feel better.  I thought I was cured so I’d stop taking them. Others gave me insomnia or the inability to feel any emotions at all. I had come to the conclusion that I would never be normal, that the ability to be happy was something I grown out of when I left my teens.

Two weeks before my 21st birthday I drove myself to the psychiatric emergency room at the University of Michigan hospital. I was scared. I knew I didn’t want to die, but I also didn’t trust myself. The doctor told me I should drop out of school. That I should take time to get better. She gave me a prescription for new medication and told me to follow up with my doctor.

Even though I barely went to class, I couldn’t fathom dropping out of school. That would be the end. I’d have no semblance of normalcy to hang onto. I’d have to tell the truth, admit that I was suffering from a mental illness. So I didn’t. I filled the prescription and went back off it in a few months. 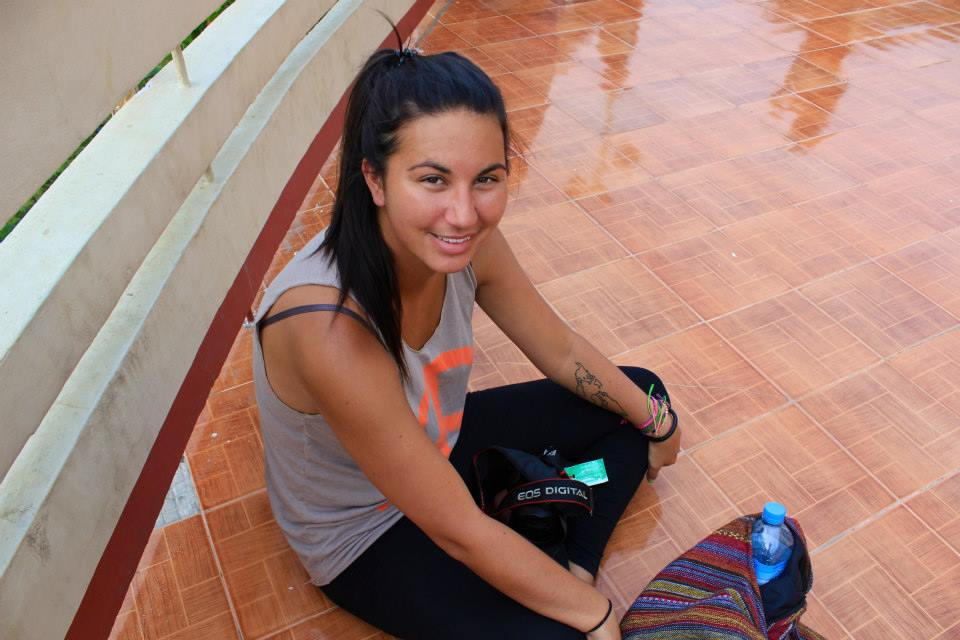 This cycle lasted for almost three years. I felt hopeless and trapped. I watched my friends fall in love and graduate and get jobs and I was alone and stuck in Ann Arbor for a fifth year, unsure of whether I would ever graduate from college and still not sure what the hell I would do once I did.

So I did what any completely depressed person should do and decided to move 4,000 miles away. I was going to spend my last semester studying in Rome. Even though I had debilitating panic attacks almost every day for the month leading up to my flight, off I went.

I always say that Rome saved my life, but maybe it wasn’t Rome. Maybe it could have been anywhere. The act of leaving, of running away from that life, forced me, it forced my brain, to completely readjust. It wasn’t instant and it wasn’t perfect, but being in a new place changed me into a person that could finally be happy again.

I was forced to focus on day to day activities

Once I got to Italy everything got harder. I couldn’t just jump in my car, I had to navigate through winding alleyways and figure out where to buy tram tickets if I wanted to go somewhere. Nothing in the grocery store was familiar. I had to relearn the names of all my usual purchases and I didn’t know if I was buying detergent or fabric softener. Instead of retreating, my mind took this as a challenge. 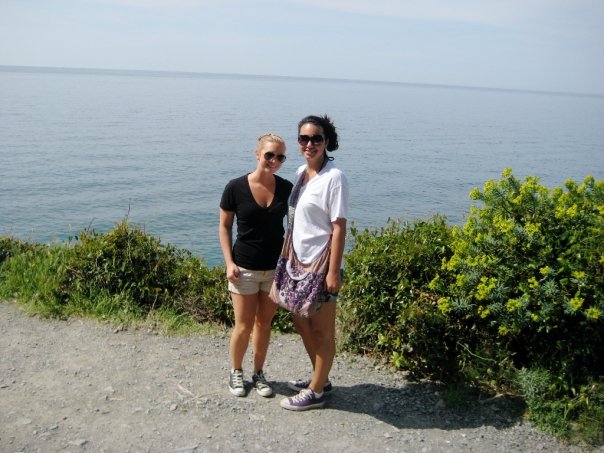 Errands became an adventure, but also I had no choice but to get up, get out, and get shit done.  In order to survive I had to focus on so many other things that eventually the sad pushed itself out. There wasn’t space, or energy, for the depression anymore.

I learned how to cope and be happy

When I was depressed I was unable to react to things with an appropriate level of emotion. On my friend’s 21st birthday I got denied entry to the bar with my fake ID. Instead of just being annoyed or angry, I hysterically cried and didn’t leave my room for the next two days. I felt like I was always teetering on the edge of sanity, and without coping skills one tiny gust of bad news sent me straight over the edge.

I went to college about 30 miles from my hometown and the house I grew up in became a clutch. I’d run there when I felt like the world was swallowing me. I could retreat into my childhood bedroom and wait until I could see light again. In Rome I didn’t have that safety net. I was living in an apartment with nine other girls and I had nowhere to go. I had to learn how to react to things differently. 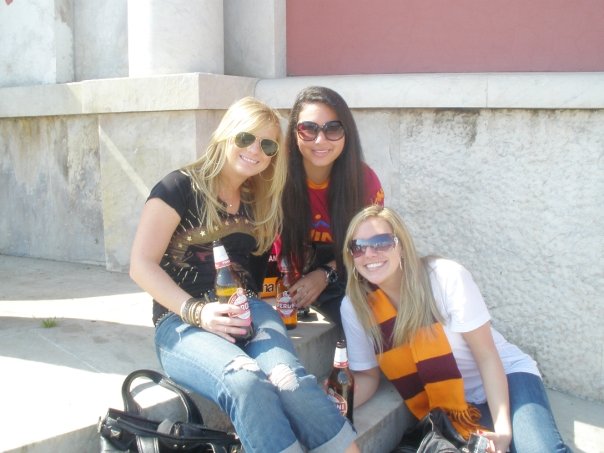 There were days when I didn’t leave my bed in Rome, but I also had my roommates constantly inviting me out to try a new restaurant or take a walk or get a gelato. My fear of missing out, and curiosity about my new home, eventually conquered the fear and sadness.

As I spent less and less time in bed, my brain began to register that I was a functioning member of society. The depression and anxiety no longer had a chokehold on me and I was eventually able to better manage my reactions and talk myself out of the crippling panic I felt. 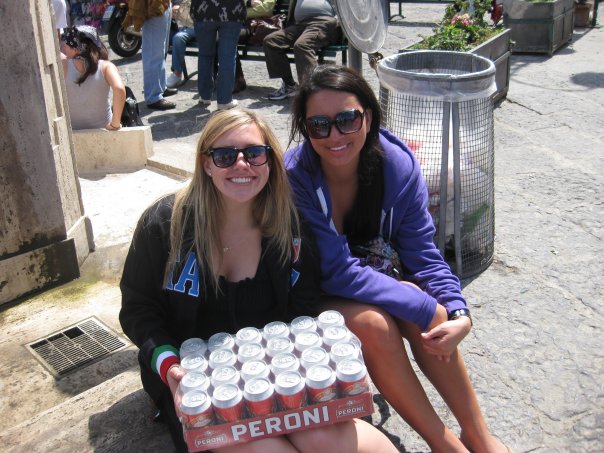 In a lot of ways depression had turned me back into a small child, scared of leaving the house alone, unable to prepare a proper meal, and full of inappropriate reactions. I had to teach myself to be an adult again and learning how to confront my emotions was an important first step.

I found a passion

My favorite activities in college were drinking and watching Grey’s Anatomy DVDs. I had no solid career plan. Besides reading I didn’t really have any hobbies.

Then I went abroad and started traveling to a different country every weekend. I became fascinated with learning how to say hello and thank you in a new language on the way to the airport and my lifelong love of food was reignited when I discovered how exciting it was to try regional dishes in their homelands. 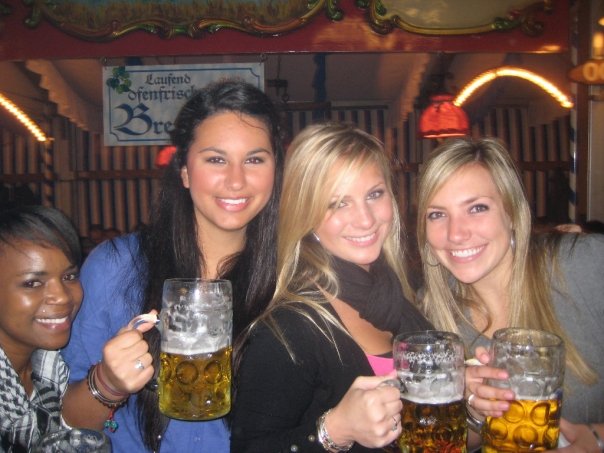 I felt more alive on those weekend trips than I had in almost four years. Even when I circled the same block three times, unable to read the crinkled map I pulled from my purse, I felt happy.

I discovered that travel was my passion, and through that I realized that I wasn’t really running away.

I was running toward happiness.

Writing and publishing this was one of the scariest things I’ve done, but by speaking out I hope to help erase some of the stigma that surrounds mental illness in hopes that more people suffering will seek help. Travel helped me, but no two people suffer the same. I encourage anyone with mental health issues to find the treatment that works for them. Talk to your doctor, go to therapy, take medication, go somewhere new. Do what you need to do to survive. Mental health is a lifelong journey. Figure out what it takes for you to enjoy the ride. If you are feeling suicidal, find a suicide hotline in your country.