After my first weekend in Taipei I began making my way down south. While researching cool things to do in the country I came across a post about a cloud sea and sunrise in Alishan on the (sadly now defunct) blog 12FOOT3. The photos looked impressive and best of all, this mountain sunrise viewing didn’t involve any actual mountain climbing, only a ride on a historical train! Perfect. 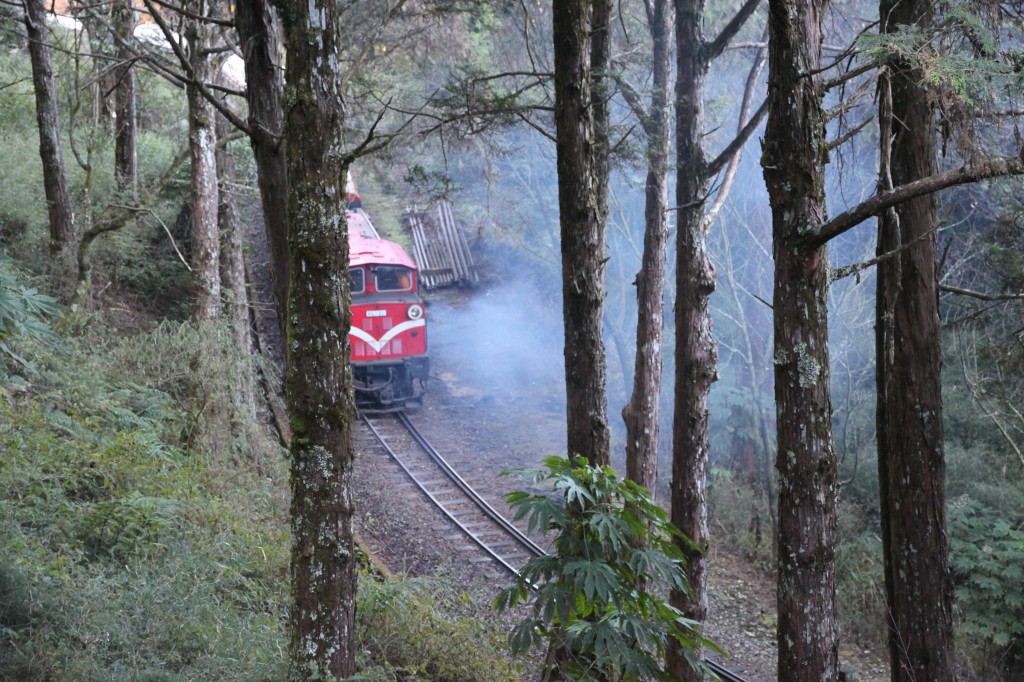 I took a TRA train (slow and cheap) from Taipei Main Station to Chiayi, a city about 250 km south of Taipei. You also have the option of taking a high speed train t0 Chiayi, but there are fewer bus options to Alishan from the HSR station. Additionally, the slow train (about 3.5 hours) was clean and comfortable. Oh, and the ticket only cost about NT$350, a blessing for a budget traveler.

Almost immediately after disembarking the train an older woman started motioning me to follow her to the bus terminal in order to catch a bus to Alishan. I was convinced she was part of some scam to get white tourists on a more expensive private bus but in actuality, like pretty much every other person in Taiwan, she was just trying to be helpful.

I bought my ticket from the counter for NT$221 and waited about fifteen minutes for my bus. Buses from Chiayi run every hour at ten after the after and the last bus to Alishan leaves at 2:10 pm. The nearly two and a half hour bus ride was, for me, terrifying. Others might consider it beautiful, winding up higher and higher into the mountains of central Taiwan while passing through three different climate zones, but my fear of cliffside roads in vehicles of questionable maintenance had my stomach in knots and fingers grasping for anything solid. 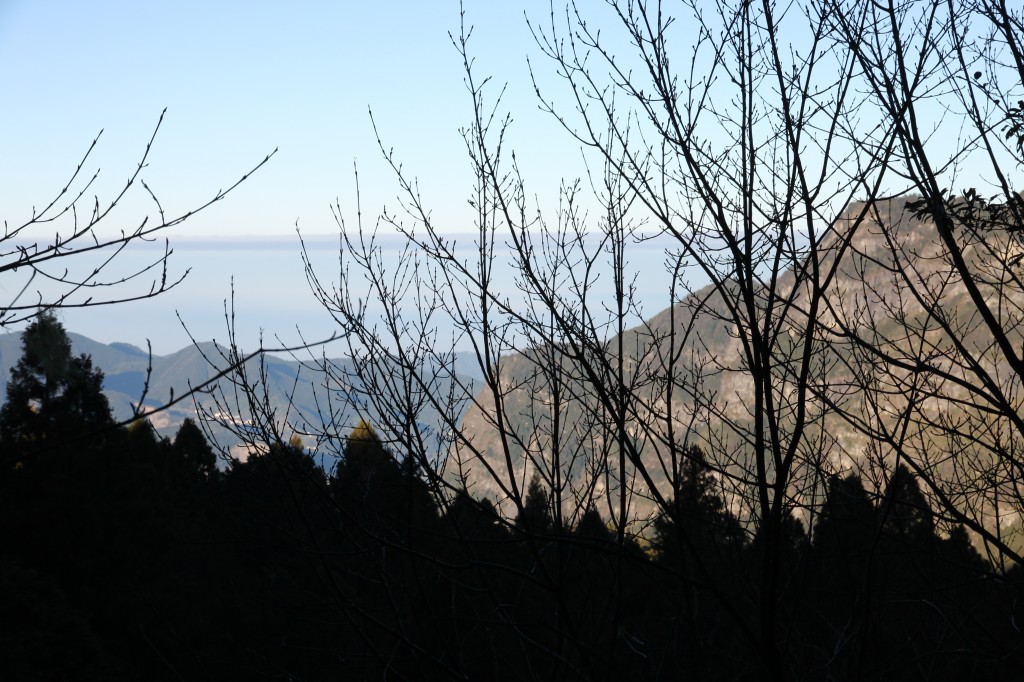 We arrived safely, 2216 meters above safely, in a rather large parking lot flanked by a 7-11 and some particularly touristy looking restaurants. With a backpack strapped to both my front and back I began the search for my hostel. I wandered around the parking lot for a while with my guidebook in hand trying to decipher the lackluster directions to the Catholic Hostel I’d had my Chinese speaking hostel owner in Taipei book for me, when a woman came up trying to sell me on her hotel. I tried to politely motion that I already had a place and continued to look very lost.

A few minutes later, just as I was going to try to the call the hostel, she walked back over to me and made some sort of international signal for can I help you. I pointed to the Chinese translation of Catholic Hostel. She pointed me up a hill and started listing off a lot of directions. When she realized I had absolutely no clue what she was saying, she motioned over to an older gentleman, her husband I’m assuming, on a motorbike and began speaking to him.

He pointed to the back of his motorbike.

I pointed to my front and back packs.

He pointed to the floor (is there a floor on a motorbike?).

I placed by daypack between his feet, hopped on the back, and was soon enough at the front door of my hostel.

Taiwanese people are the nicest.

After checking into the basic but clean Catholic Hostel, I ventured back out into town. I bought my train ticket for the sunrise viewing so I could avoid having to wake up any earlier than necessary the next day and slurped down some stir fried beef noodles before heading back to my hostel to spend the night watching Californication reruns and eating Kinder chocolate. The Alishan crowd is decidedly Chinese. And much older.

The next morning my alarm rang at 5:15. I quickly bundled up and walked through the darkness toward Alishan Rail Station. The line for tickets was long but since I had bought mine the night before I headed straight to the boarding line upstairs. The Alishan Forest Railway is one of only three narrow gauge railways in the world and as I waited for the 6:30 departure time I was getting more and more eager to get a glimpse of the famous train. 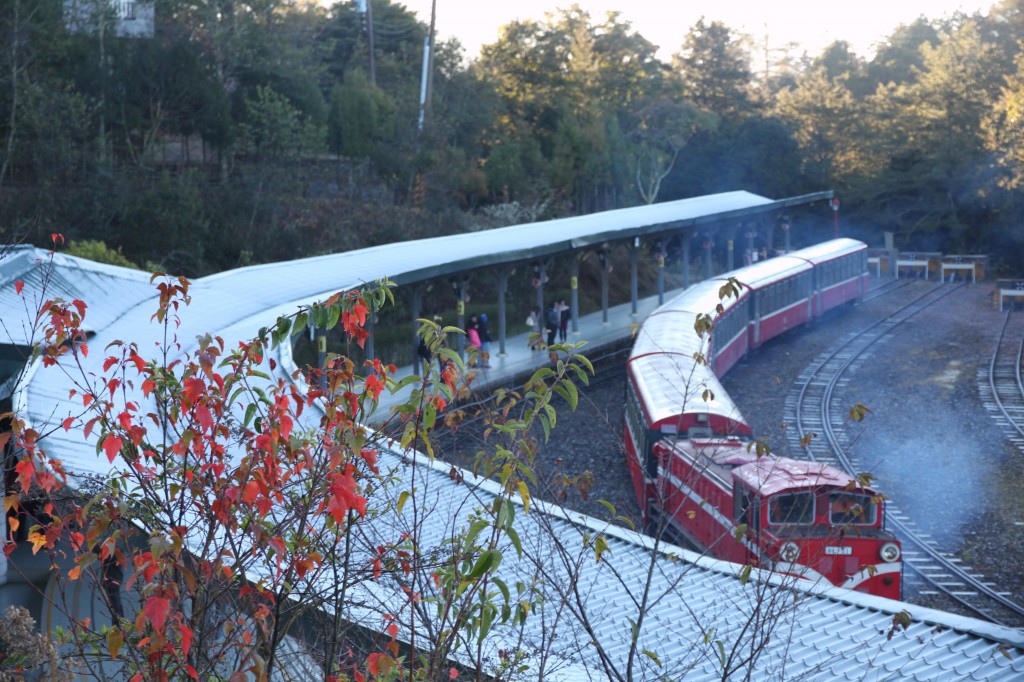 It finally arrived and we began the short 30 minute climb toward Zhushan Station, the highest in Taiwan at 2451 meters above sea level. 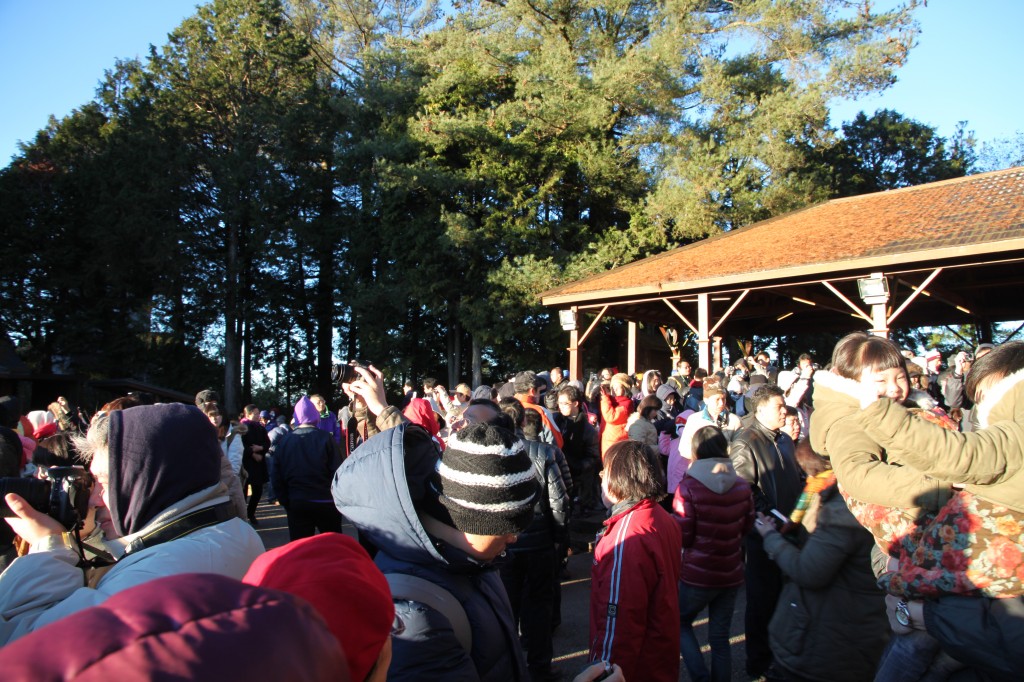 When arrived it was already light and I sprinted off the train to get a spot at the front of the viewing platform. I stood shivering and listening to competing Chinese tour leaders screaming into megaphones for nearly 20 minutes waiting for the sun to rise over the peak in front of me. 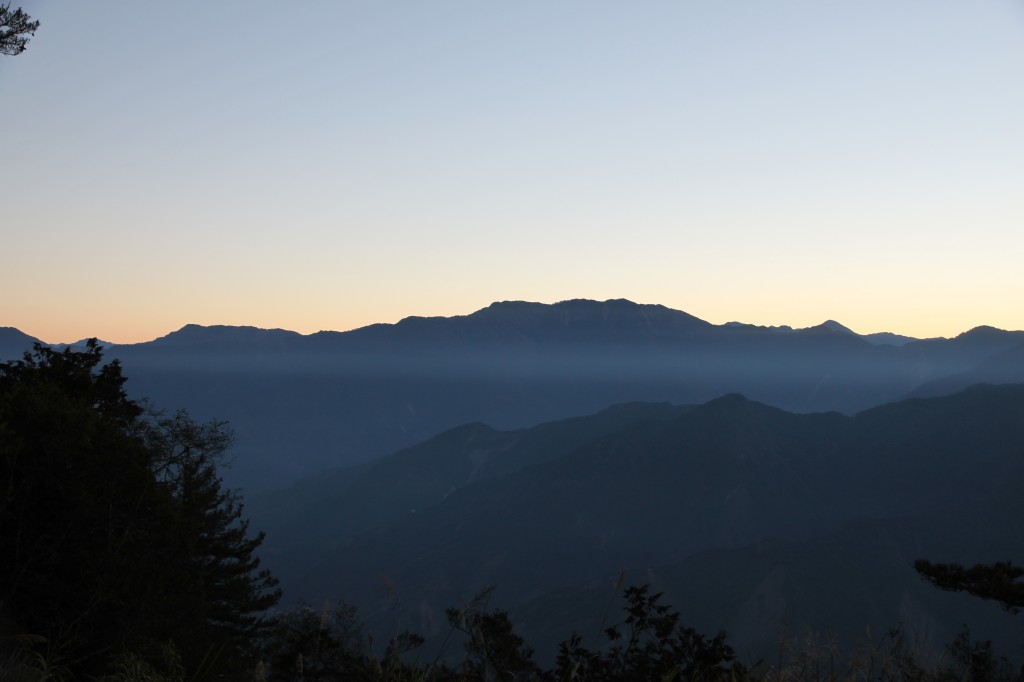 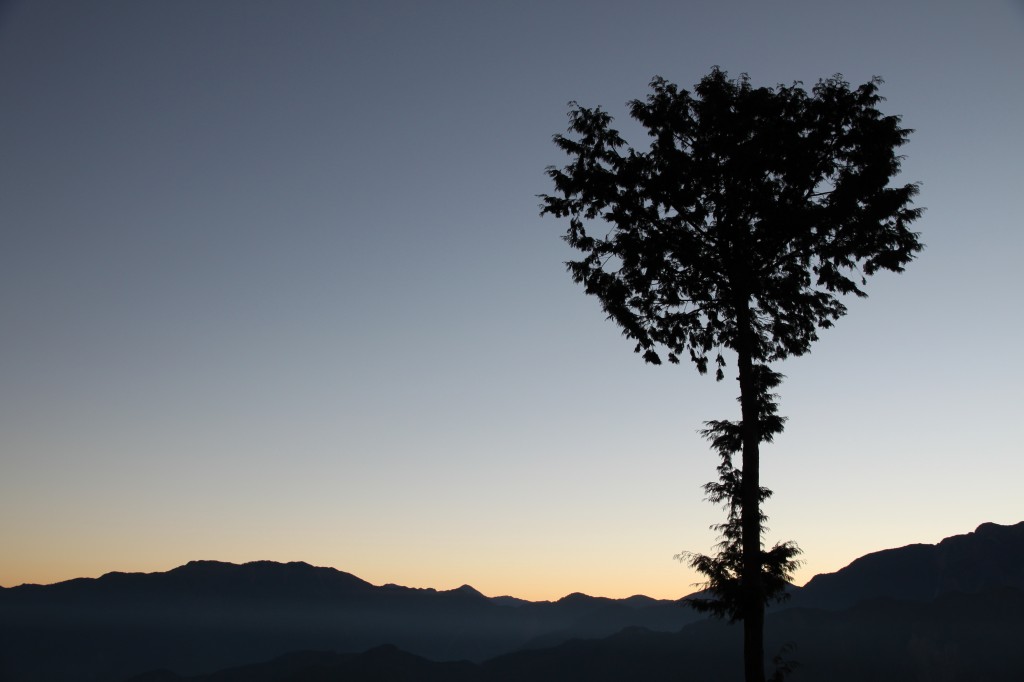 Suddenly a small glowing orb became visible over the mountain and the entire crowd shrieked with delight (this is Asia after all). Unfortunately missing this day? The sea of clouds that Alishan is so famous for. I was apparently there on one of the few cloud or mist free days of the year. The one time when clear weather is a detriment while traveling… 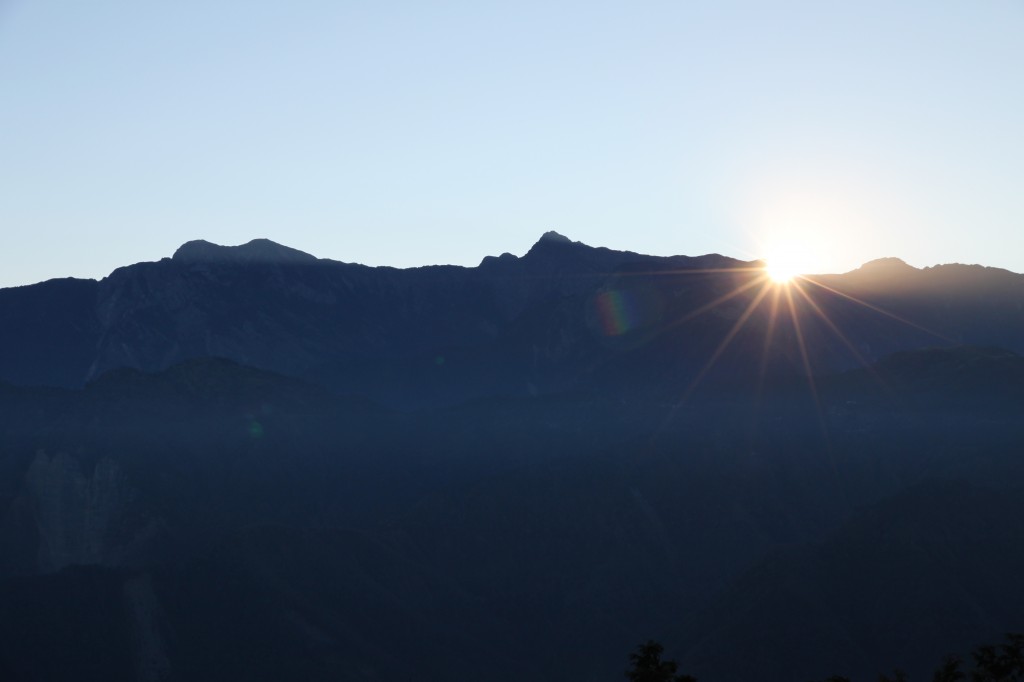 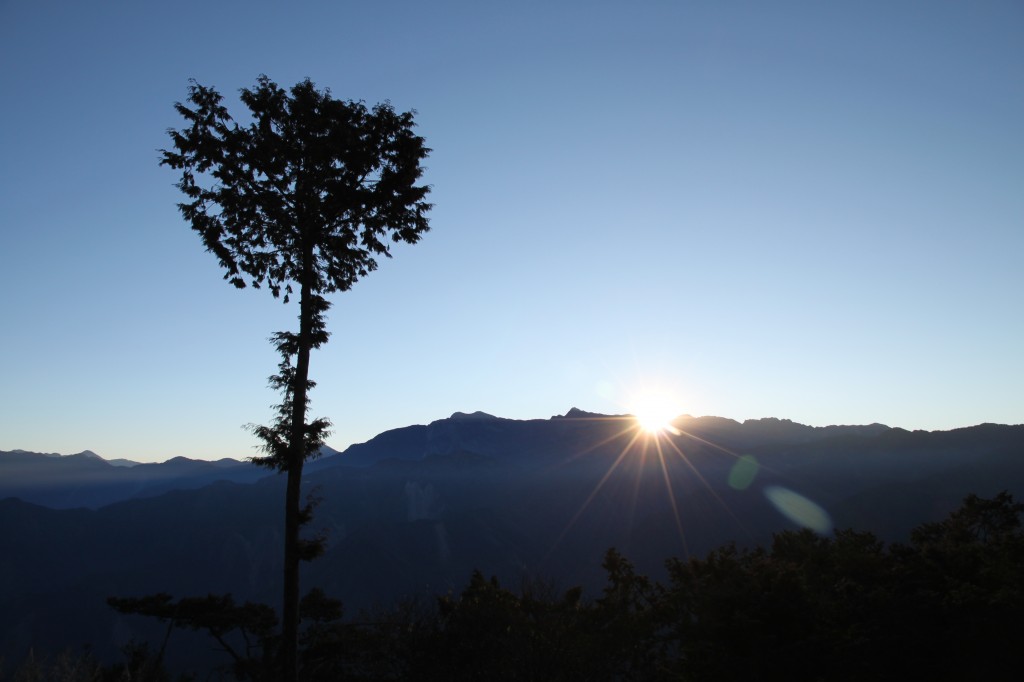 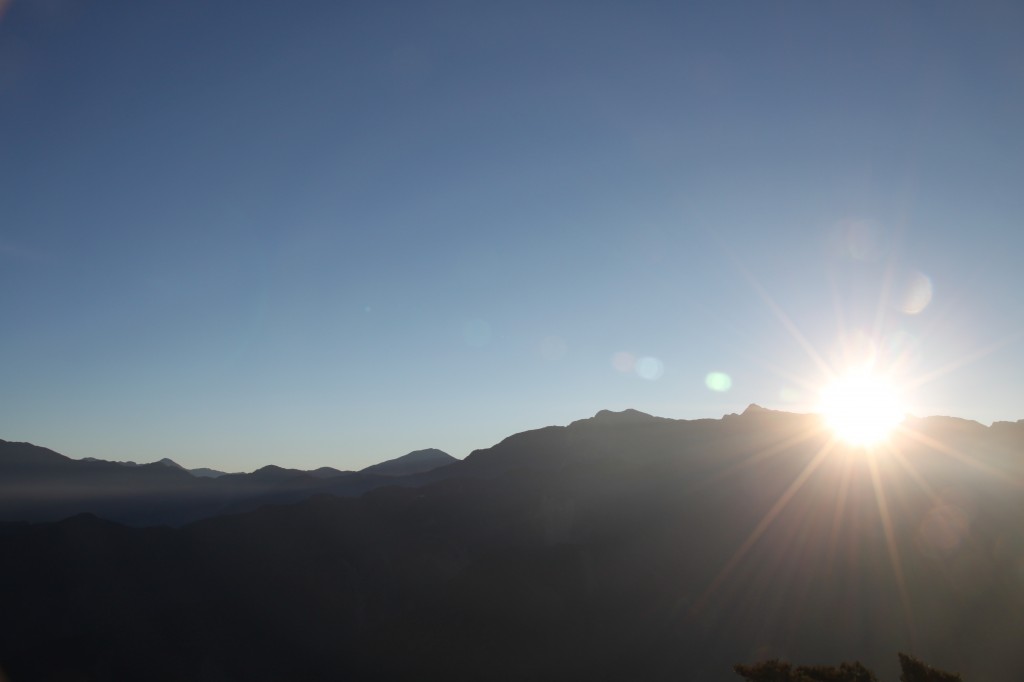 Even without the sea of clouds, the sunrise was beautiful. After I’d snapped enough photos I walked over to the food stands and purchased a dan bing for breakfast.The greasy egg pancake straight off the grill warmed me up as I began the walk down the mountain. 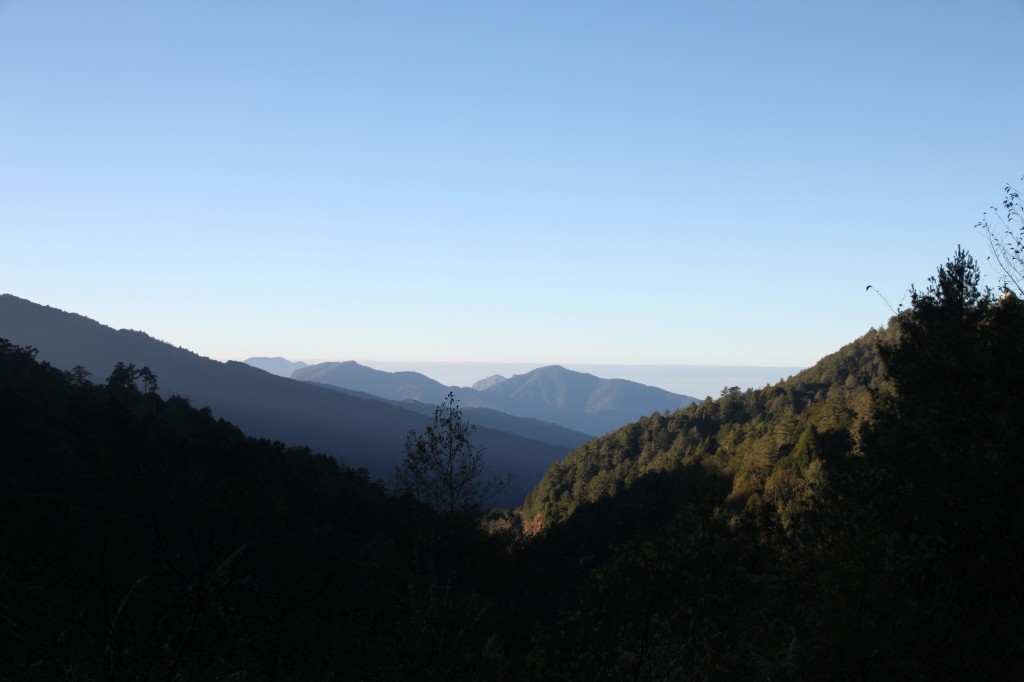 Yes. I decided to walk down. I was one of the few people who did this and at times during the nearly 5 kilometer descent I was the only person for a long time. I was convinced I was going to be abducted or bitten by a rabid dog. 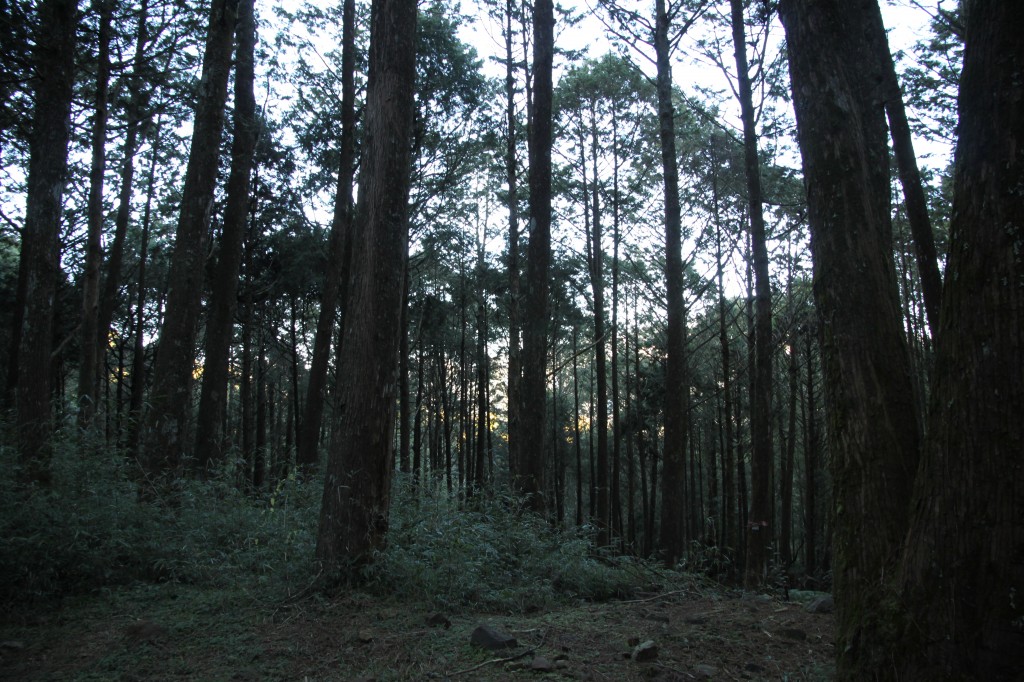 Unsurprisingly, neither happened and I made it back to Alishan in time to catch the first bus back to Chiayi as I continued to work my way down the island.

Have you ever woken up at some godforsaken hour to see a sunrise? Was it worth it?