“No, today we are learning about poetry.”

“No, we aren’t changing seats until next semester.”

Imagine that you’ve had these two conversations about 15 times a day for the past months. You’d probably be close to throwing an enraged fit. Throw in a little hormonal angst, a language barrier, and just general horrible behavior and you have my life every Monday to Friday from 8:30-4:30. Now, my job isn’t that bad, but my students test my last nerve. And compared to the intelligent cuties I taught last year, it can be hard to deal. Sometimes I miss teaching the cute little Korean students who worshipped everything I said and did.

Last year I taught at a language hagwon. Hagwons are academies that provide extra schooling in a variety of subjects and they are extremely popular in Korea. Many English hagwons also offer a kindergarten program that functions like an American preschool. At my hagwon I taught two of these kindergarten classes. My students were six years old and had already been studying English for at least a year. I saw these kids every single day of the year, save maybe three weeks, from February 2011 to February 2012. When I first started I was absolutely terrified to be in charge of 12 kids at time and unable to relate. A year later I was crying when I bid them goodbye.

My job wasn’t always great. In fact, a lot of the times it was downright ridiculous. We worked 11 hour days, and taught most of it. Our bosses were inept. Everything was disorganized. The campus was bleeding students and always seemed like maybe it would close. But the kids I taught made it bearable for me and provided me with an experience I will always cherish.

We had a pretty strict curriculum, especially considering these were six year olds. We studied five subjects a day and did countless workbook pages but still had time to goof off with the camera and have a little fun every now and then. 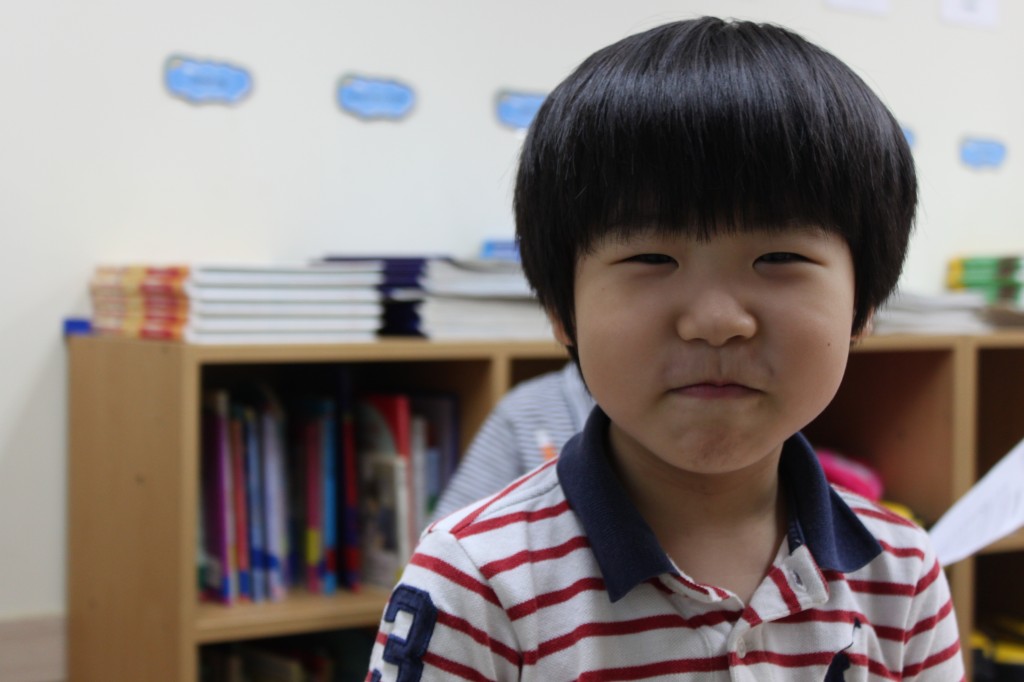 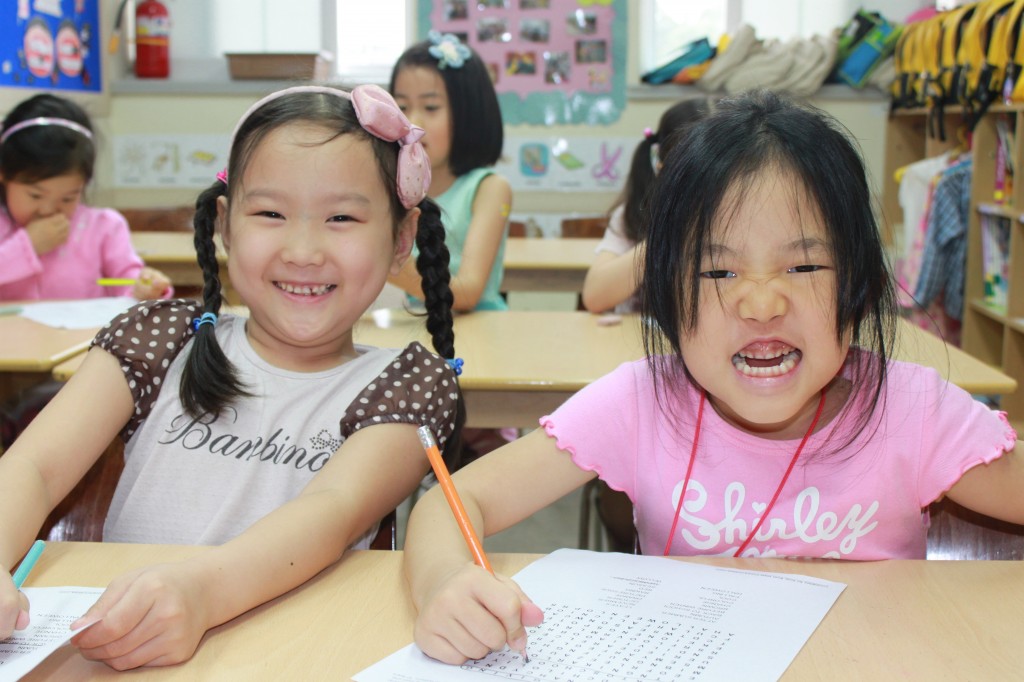 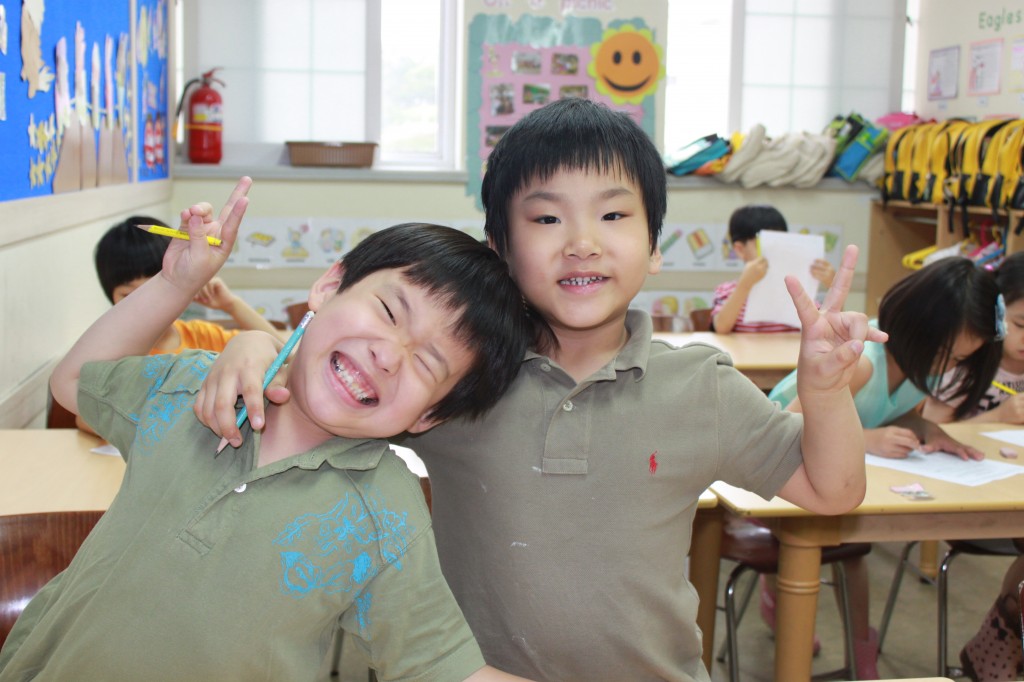 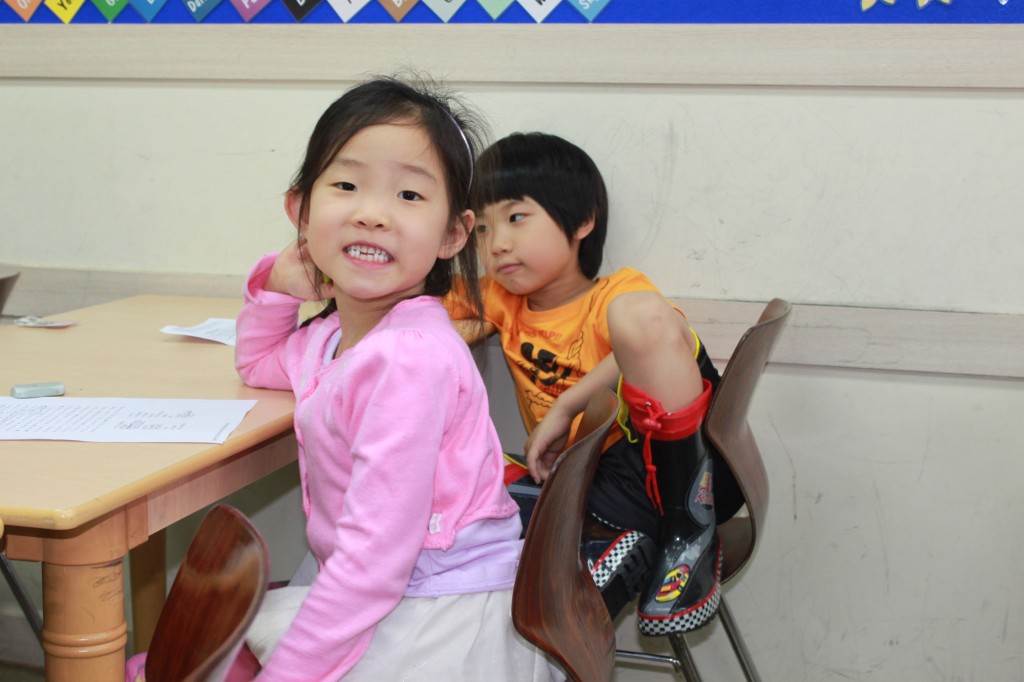 We even had a garden where we planted radishes, cucumbers, and strawberries. The students loved going outside to help with the planting and picking. And the playing with bugs and throwing rocks. 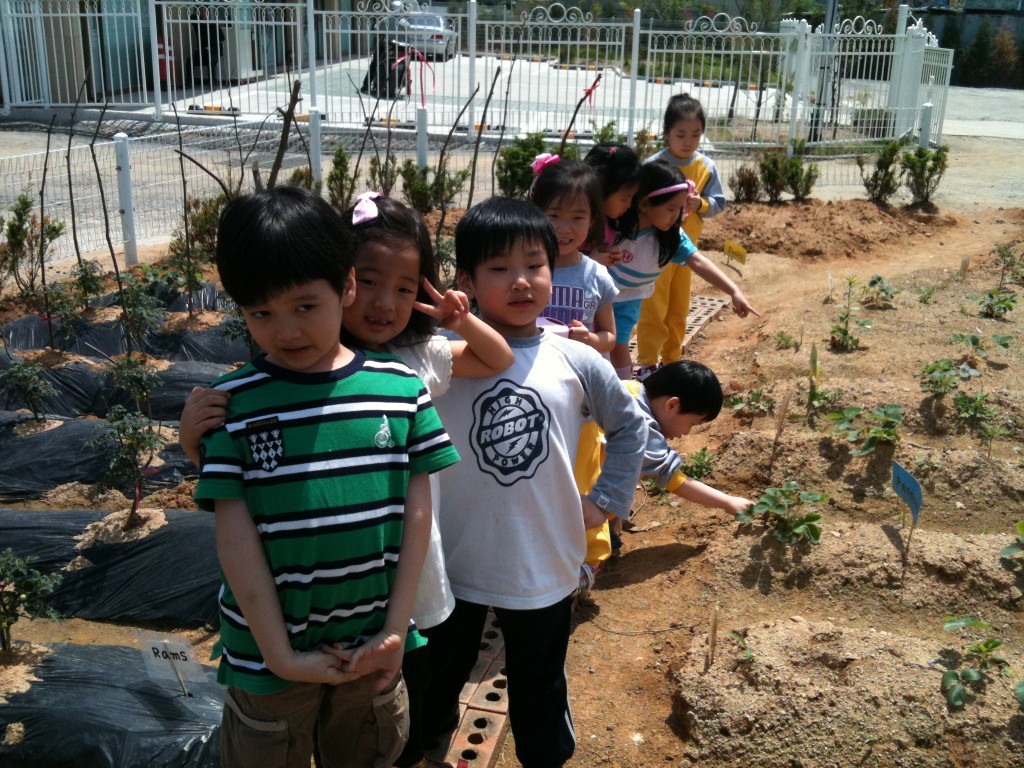 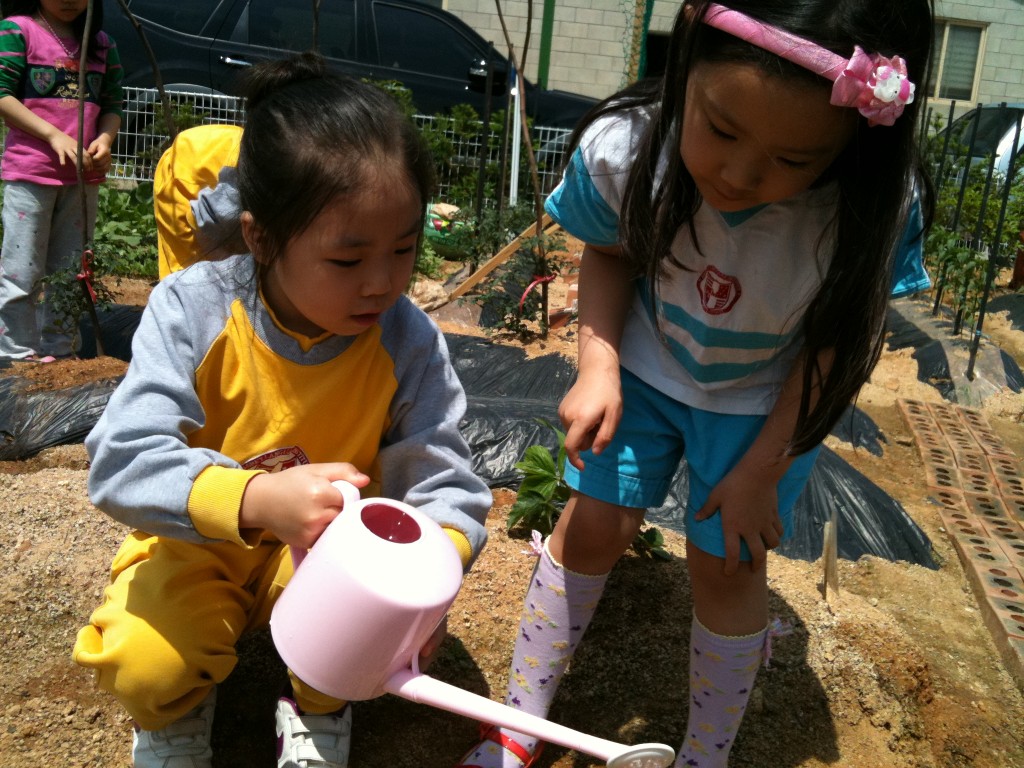 Once a month we went on a field trip. We went to train museum, saw some spectacularly bad children’s theater, visited a few very boring museums, and hit the sledding slopes on a cold January day. 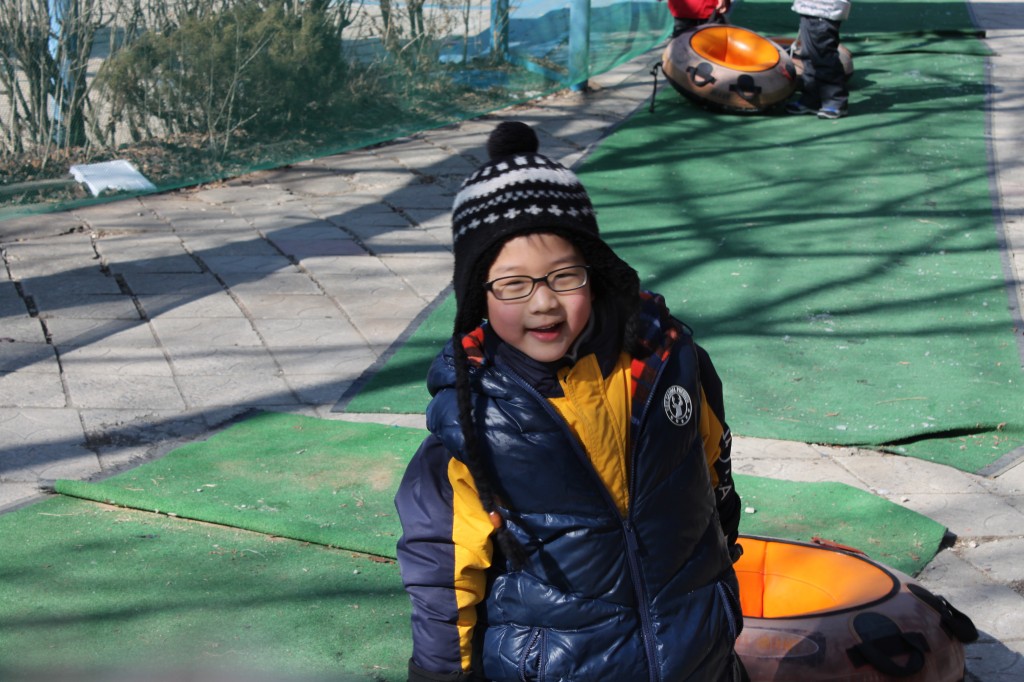 The best part of teaching at a kindergarten is celebrating the holidays. Every month we had a party for the students that celebrated birthdays that month. Parents would bring in cakes, pizzas, and fried chickens and the kids would get a much needed break. And a sugar high. On Halloween we turned our school into a haunted house and all the kids came dressed in costume. We played games, scared them to tears, and went trick or treating. 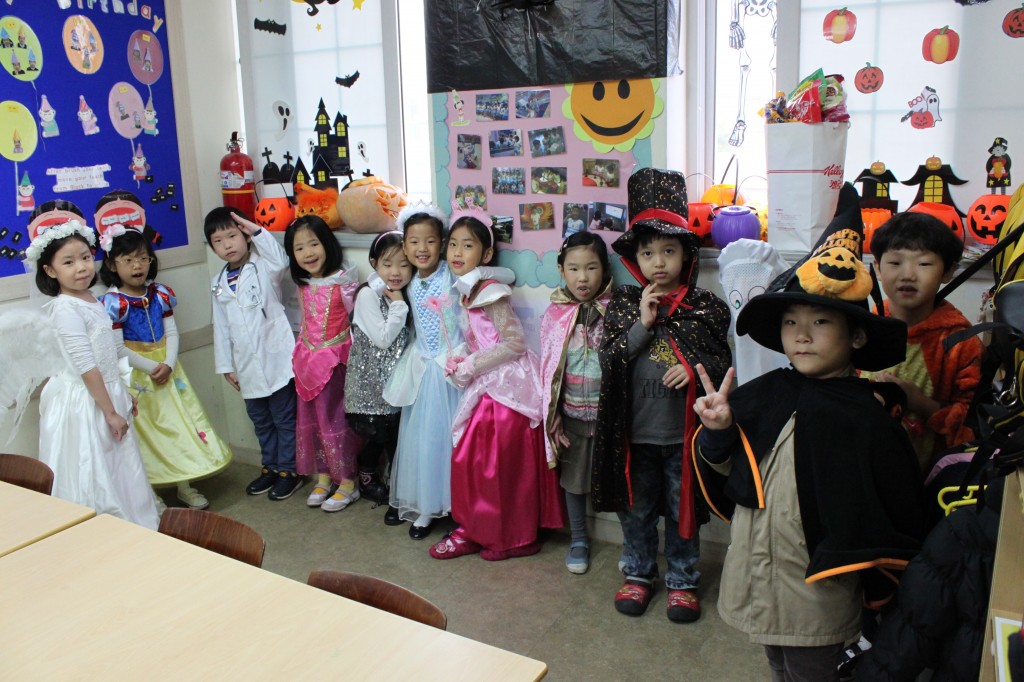 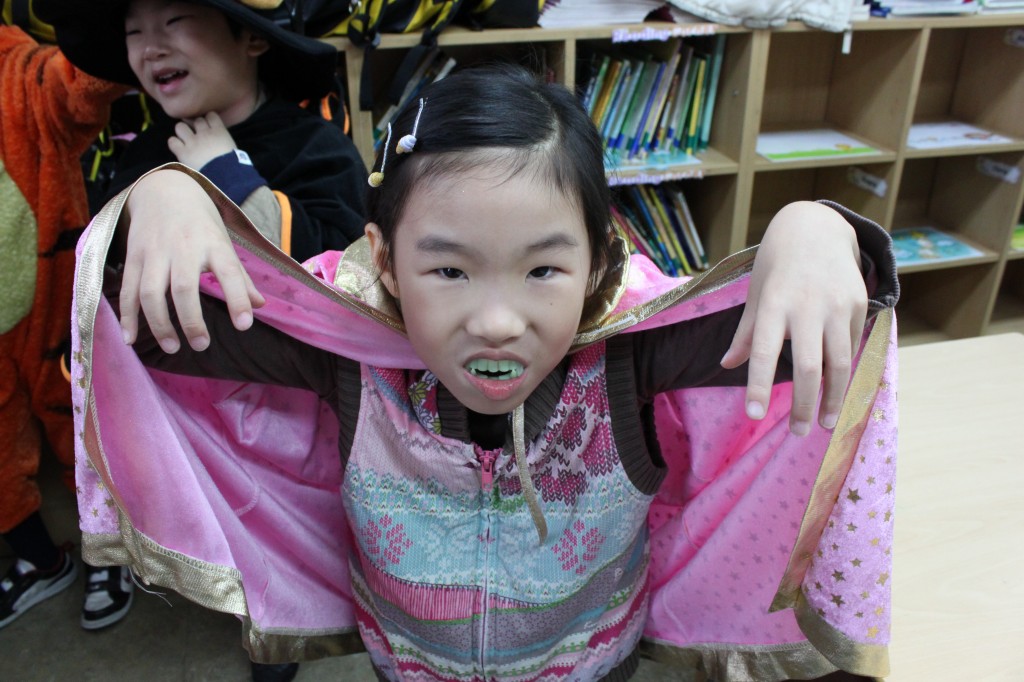 One of my favorite days was our Lunar New Year party. Most commonly known in the west as Chinese New Year, this is one of the biggest holidays in Korea. All of the students came dressed in hanbok (Korean traditional dress) and we had a bowing lesson, played Korean traditional games, and had an arm wrestling competition. 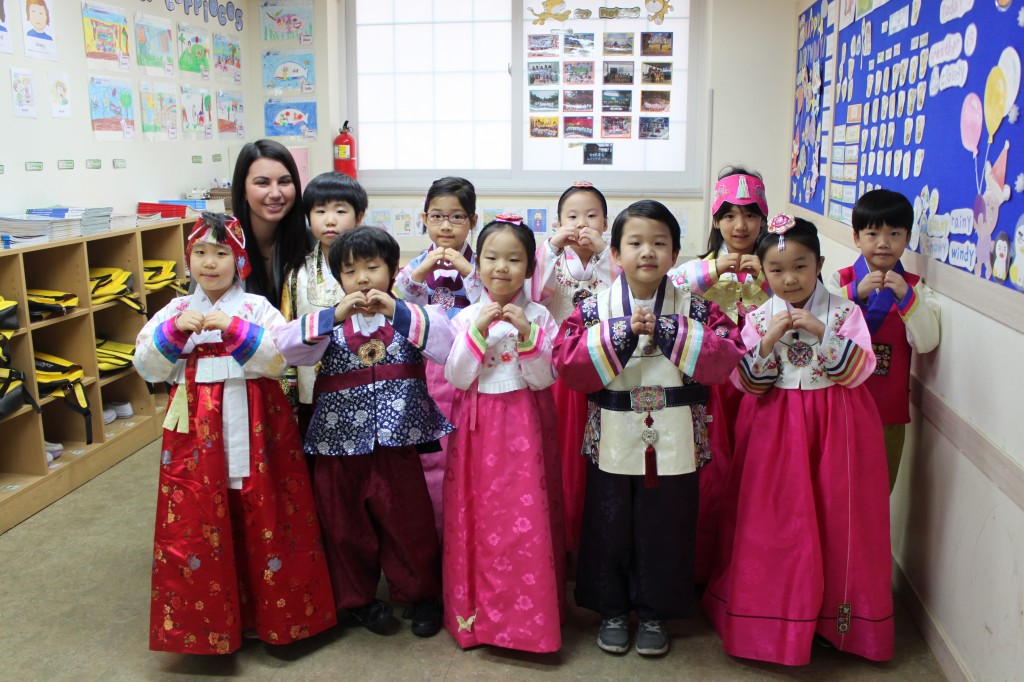 In February it came time to say goodbye to these little sweeties. We spent the last week making cards, writing letters, hugging each other and laughing. At the end of the month we had a graduation ceremony as they would be moving onto elementary school in March. My two classes, and two others, joined together and sang a rousing (read: hilarious and cute) rendition of The Beatles “Here Comes the Sun” and then I cried. And cried. And cried. While all the mothers and grandmothers took photos and laughed. The six year olds were trying to comfort me. 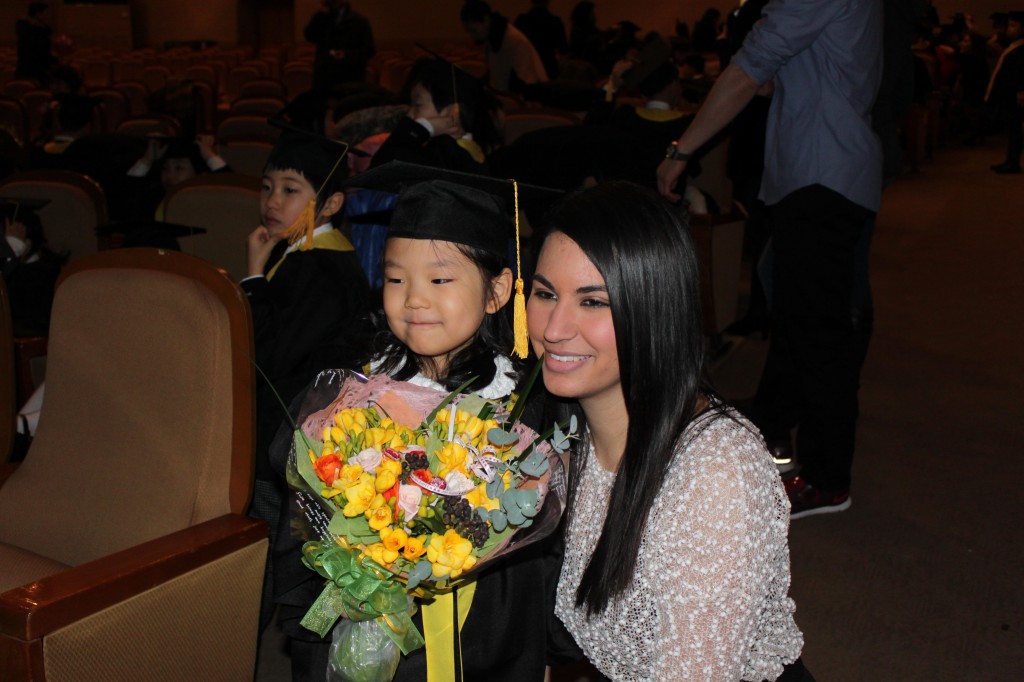 “Don’t cry Amanda teacher. We can see each again anytime we want,” one student said to me.

Oh, Eric. If only we could.

Teaching at an English kindergarten in Korea is a unique experience. Depending on where you work it can be hell. I was lucky in that my horrible school had some of the most talented, smart, and curious students you could find anywhere. If you’re thinking of teaching at an English hagwon, beware.

You might end up missing a bunch of six years olds way more than you thought you could.