Home > Uncategorized > Flashback Friday: I Became a Traveler in Cagliari

Today’s Flashback Friday comes from Meritxell, a newbie blogger from one of my favorite cities in the world, Barcelona. Meritxell runs the blog Tourism With Me in a second language! This is impressive in and of itself. If I tried to blog in Italian…well, it would be bad. Very bad. Meritxell’s story, about the time she became a traveler, starts with a trip to the country that made me a traveler as well. Read on to find out how Italy worked its magic on her.

I remember my first travel on my own, it was university time, I had few days of holidays and I wanted to go out and travel, discover something new. I was asking everyone at university if they wanted to go somewhere, we could plan a trip for few days, but no one could, no one had the money to go. So there I was at the cafeteria at uni, feeling so frustrated, I felt all the time that I needed company or someone to go with me to do what I really wanted to do on my own.

There was that moment, where I felt like a cartoon with the light right above my head. Why I am trying to go with someone? If no one wants or can come, you should do it on your own!

That was the start for me, Meritxell as a traveller, my aim was to travel so I decided to go on a trip by myself. I booked a flight to Cagliari, Sardinia. I had never been there before, it was not very risky, in the European Union and could be a good experience for few days.

I caught my plane to Cagliari and went to look for my B&B, I still remember the name and the smell of the place, it was called la terraza sul porto, indeed it had an amazing terrace where you could see all Cagliari. 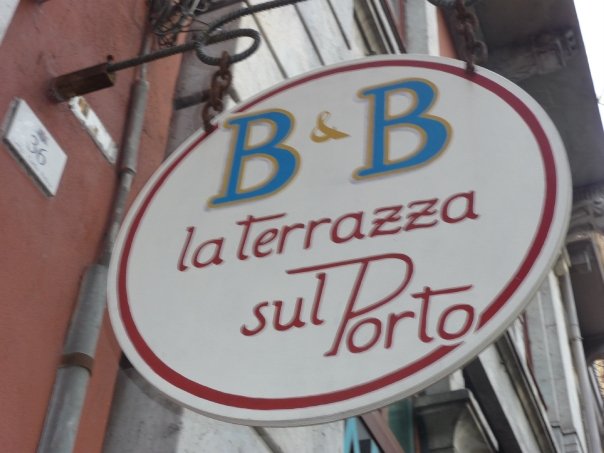 It was a B&B quite big, with different rooms and I had one only for me, so I started exploring the city the first day, eating in the street some pastries, pizza, pasta, incredible food. Trying to be brave when crossing the street, I was always following someone as I thought I was going to get killed in the pedestrian crossing –cars go very fast, or used to at least.

My first day was over, and the second day in the morning I went up to the terrace to have breakfast, when getting back to the room I fell down the stairs and my landlord found me in the floor like a carpet and with a twisted ankle. OMG I remember, I was so pissed, I could not walk and I twisted my ankle the second day I was there in Cagliari, lucky me I had a very nice Landlord Paolo who went to the pharmacy for me to buy me a bandage for my ankle. With my Italian we could understand each other.

So well, there I was with a twisted ankle in an apartment full of stairs and two days ahead of me. Although I was pissed at the beginning I started to think to get the most of it. I went up to through the evil stairs and spent my day in the terrace reading and there is where I met another traveller, he was from Ireland. 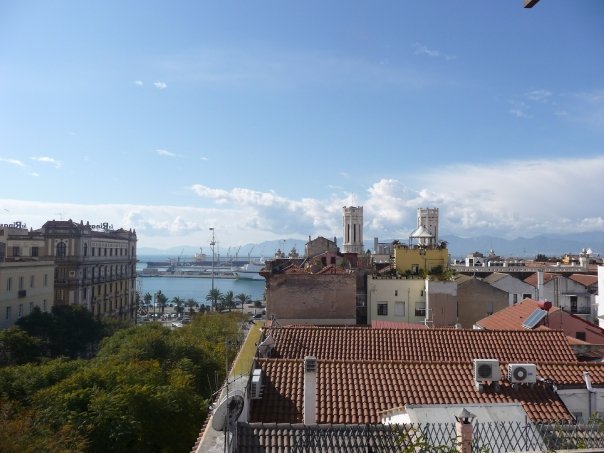 He explained me his story, he came to Cagliari and he was supposed to coach surf in a girl’s house he contacted but on the night when he arrived this girl did not show up so he end up with no accommodation and Paolo let him stay in his sofa until he had a free room for him.

I started to think that my misfortune was not that bad, I had two days in the apartment meeting people in the terrace, exploring not the city but the travelers that were in the city, and I loved it! 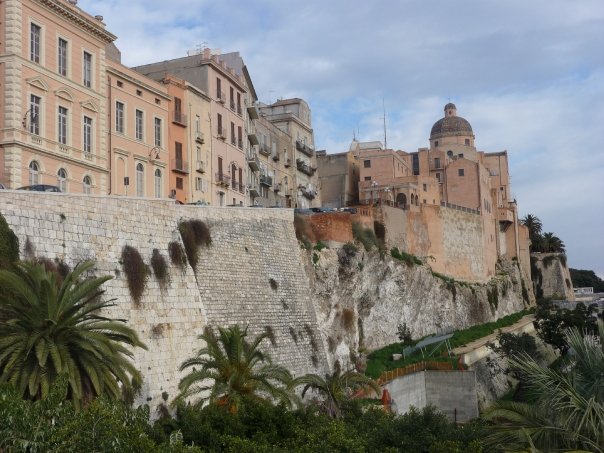 That was my start, if you want to travel you should do so, no matter what, if no one can join you travel for the sake of travelling. An ankle twisted can be an opportunity to travel through the eyes of other travellers, that was for me. We exchanged emails, I had long conversations with Paolo and could practice my Italian and I discovered another Cagliari and another world from that terrace in la terraza sul porto.

Author Bio:  My name is Meritxell, I am 23 from Barcelona, I love travelling I studied tourism and since I started hearing about the marvellous things there are outside I wanted to discover them. Tourism with me it’s just that, my travel experiences and how I see the world I invite you to join in and see what I see through my eyes.