After my early morning in Alishan, I continued southbound from Chiayi to the port city of Kaohsiung. Kaohsiung was to serve as a quick layover city, one night there before getting a bus to Kenting, the well known beach side area of southern Taiwan.

Kaohsiung, Taiwan’s second largest city after Taipei, is the country’s industrial capital. Shipbuilding, refining, and manufacturing don’t exactly conjure up images of beauty so I wasn’t really expecting much. Just a place to sleep for the night, and maybe a good meal.

But just like Taipei surprised me, so did Kaohsiung. The city has done a lot to clean up their image and promote itself as a tourism hub of southern Taiwan. The city implemented the first urban bike sharing program in the country and it is one of the most bike friendly cities in Asia. Kaohsiung is also promoting their tourist attractions and beaches located right in the city. 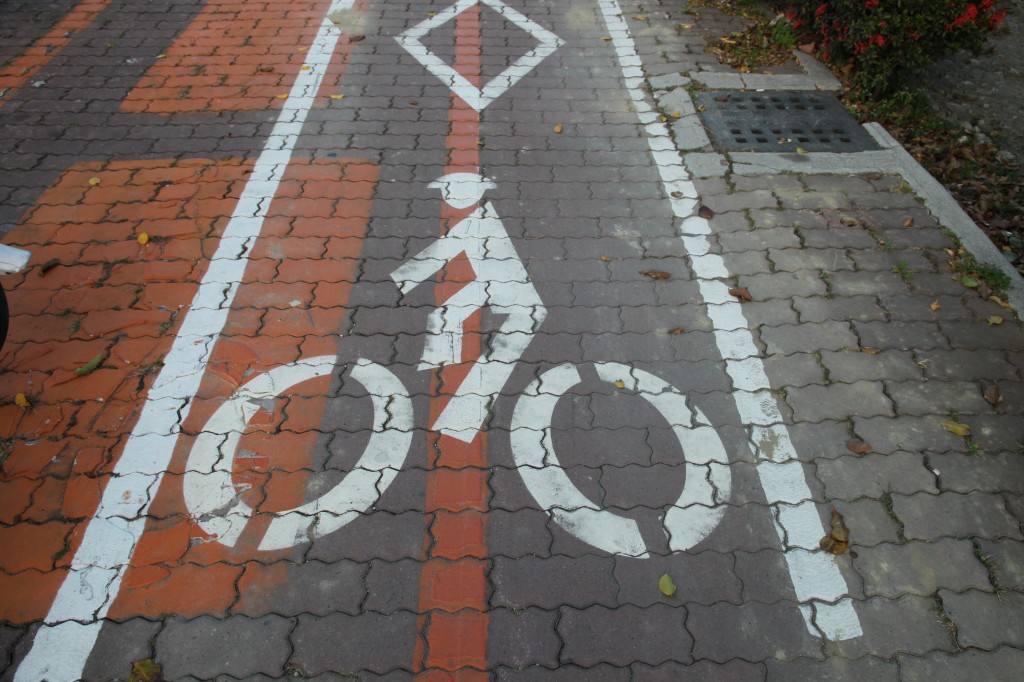 Immediately after dropping my bags at my hostel, I rented a bike from the city’s bike share program and pedaled on over to one of the most popular attractions in Kaohsiung- Lotus Pond. I first read about this group of temples on Lauren’s blog and after seeing her photos and realizing they were far from the Asian temple norm, I knew this was one thing I needed to see. 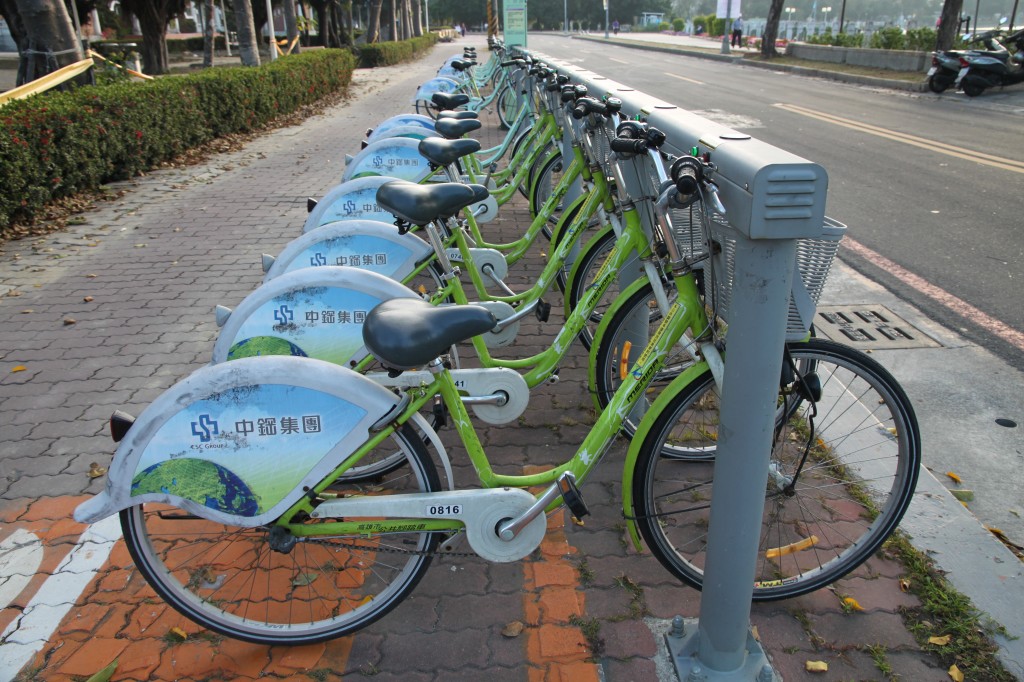 I rode my bike from Ecological District Station to the Lotus Pond, about a fifteen to twenty minute ride (maybe shorter if you don’t get lost like I did), and because I’d been on the bike for less than an hour, it was free. 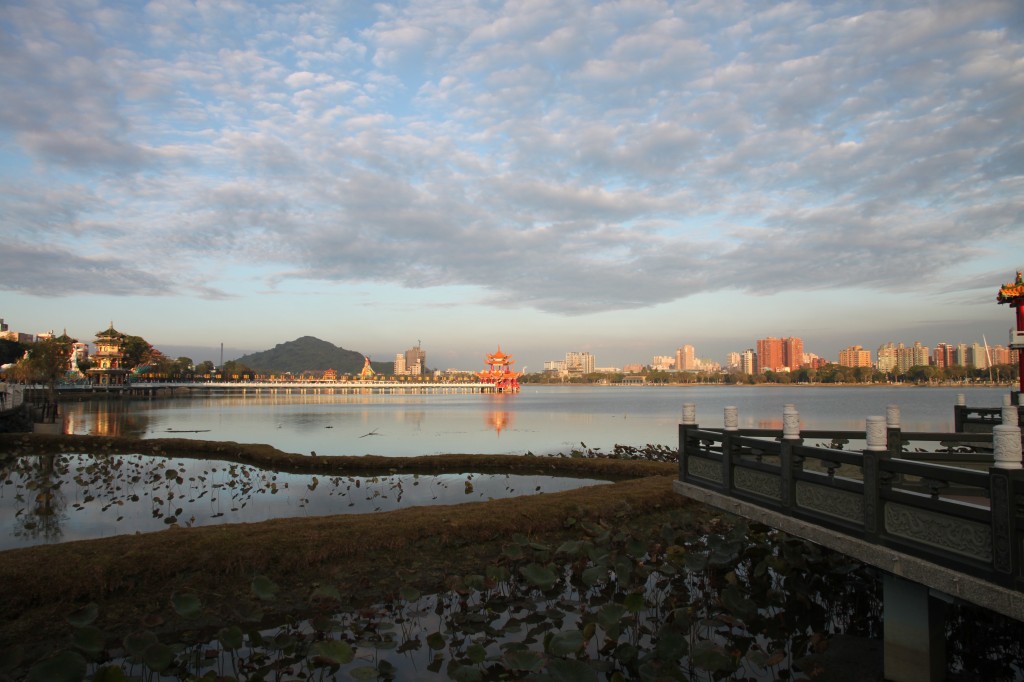 The Lotus Pond is a large man made body of water and the temples are clustered around one side of the lake. 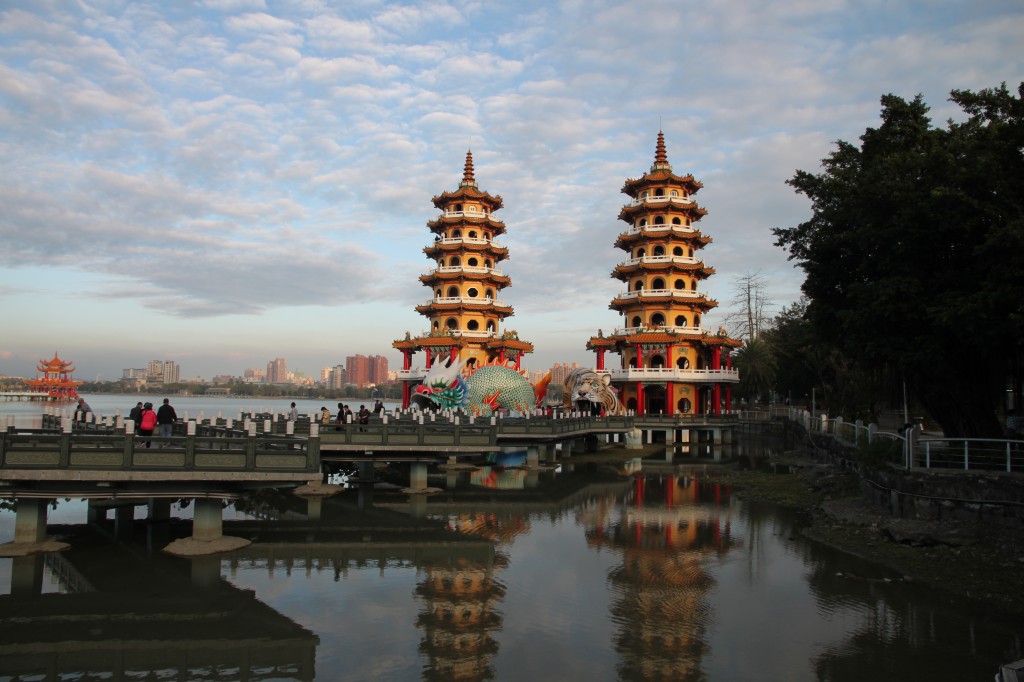 The Dragon and Tiger Pagodas were the first buildings I visited. These colorful towers were mesmerizing and I was really in awe that this was actually a religious building. Legend says you must enter through the dragon and exit through the tiger to have good luck. 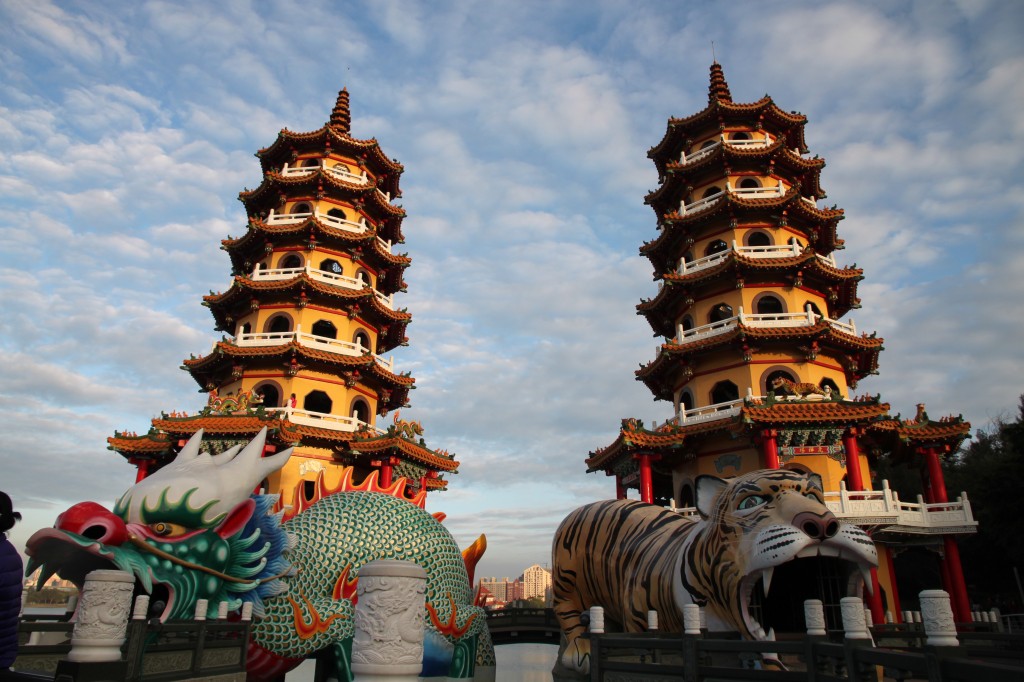 The Spring and Autumn Pavilions were next as I walked clockwise around the lake. The highlight of these pavilions was being able to walk into a dragon’s mouth. 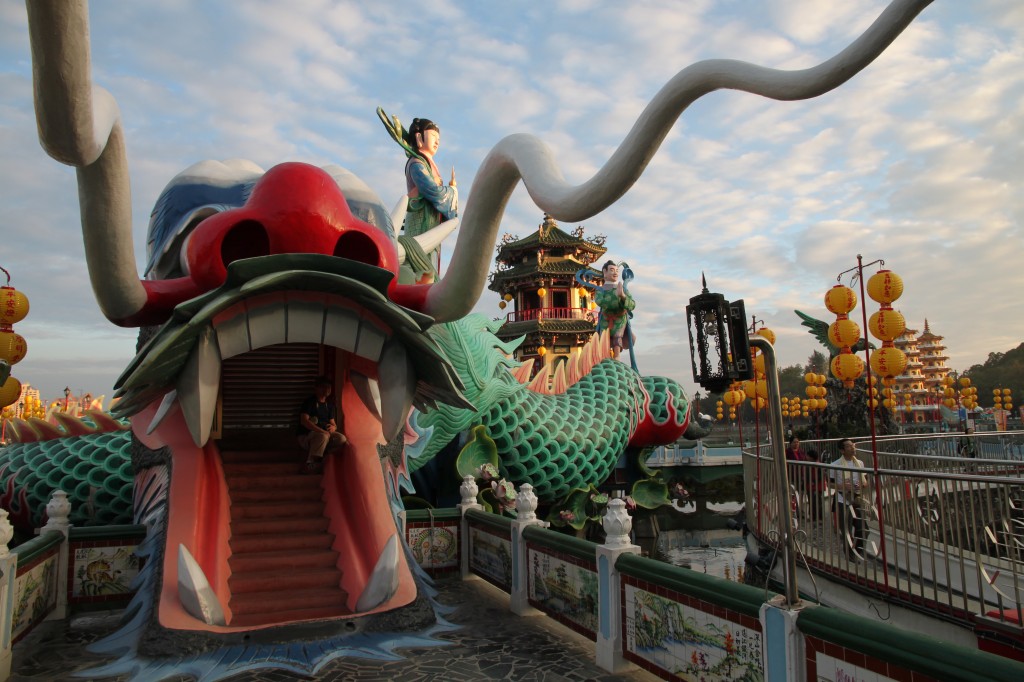 Next up was the Wuli Pavilion, a small building at the end of a very long, narrow bridge. Besides the spectacular architecture, I visited the Lotus Pond at the perfect time of day. I caught the sun at its most perfect “golden hour” and the tour groups had already departed leaving the temples nearly completely empty. 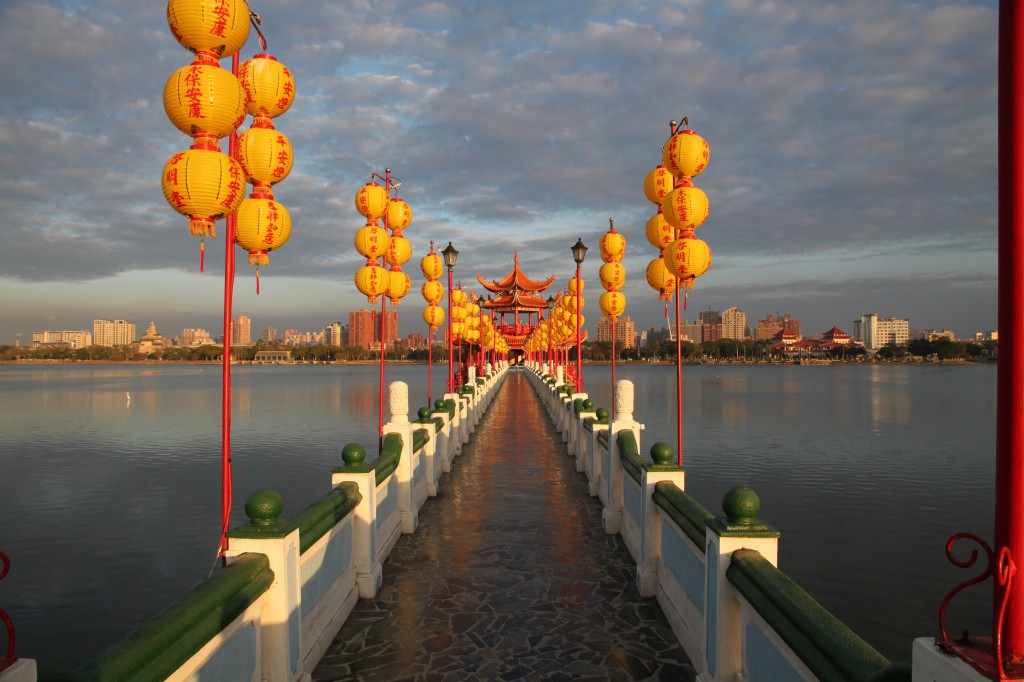 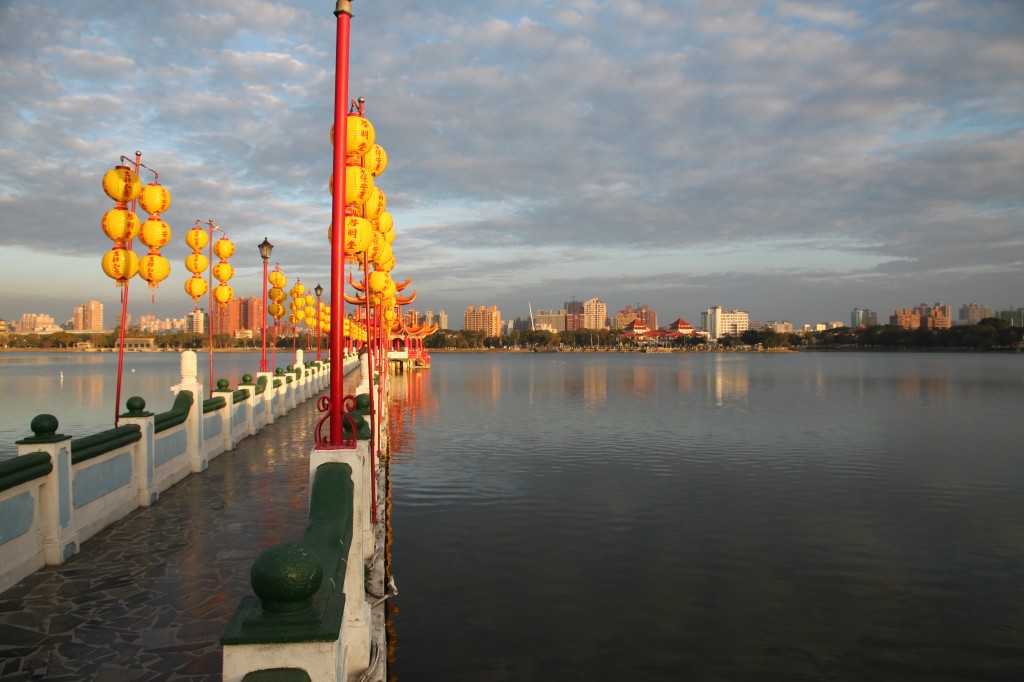 The last temple I visited was the Beiji Xuantian Shang Di Pavilion most noticeable because of its large statue of  the Emperor of the Dark Heaven. By this time I left the sun had sunk below the horizon and it was time to head to one of the city’s night markets. 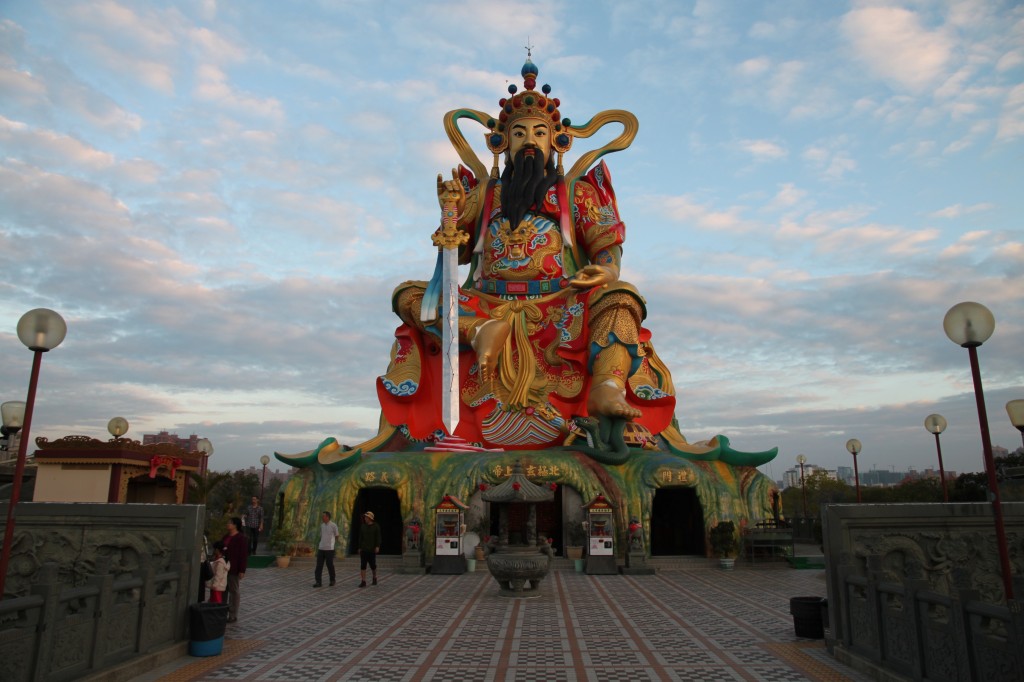 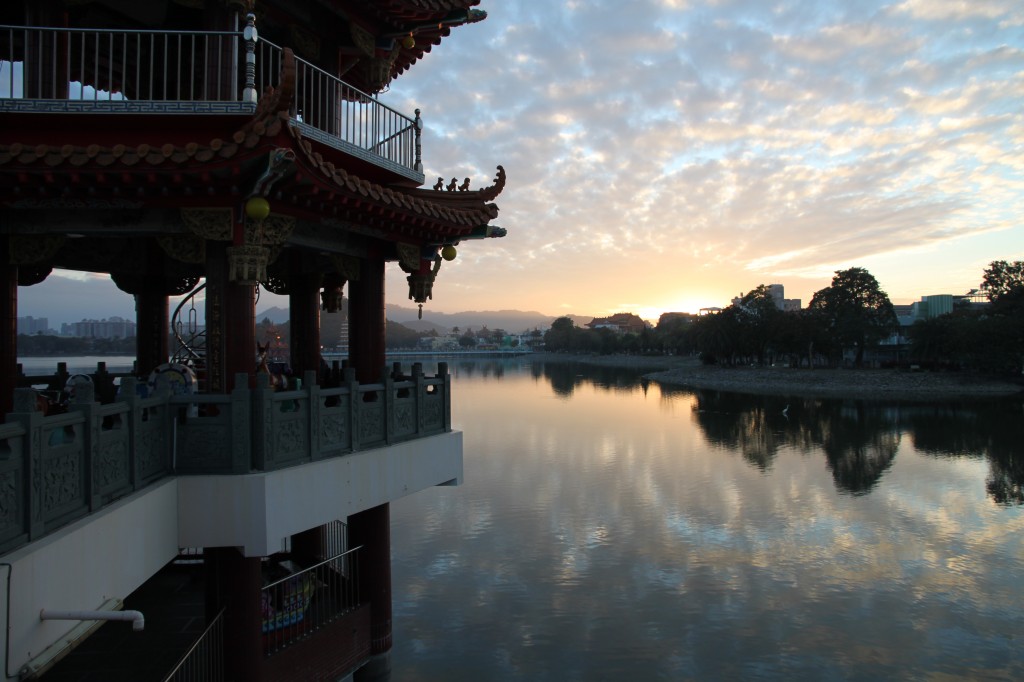 The next day I had a few hours to kill before my bus to Kenting so I went to check out the Former British Consulate at Takao. This building was built in 1865 and rented by the British government in 1867 as they opened one of the first foreign consulates on the island. The building sits on a hill looking over Sizihwan Bay and the Kaohsiung Port. 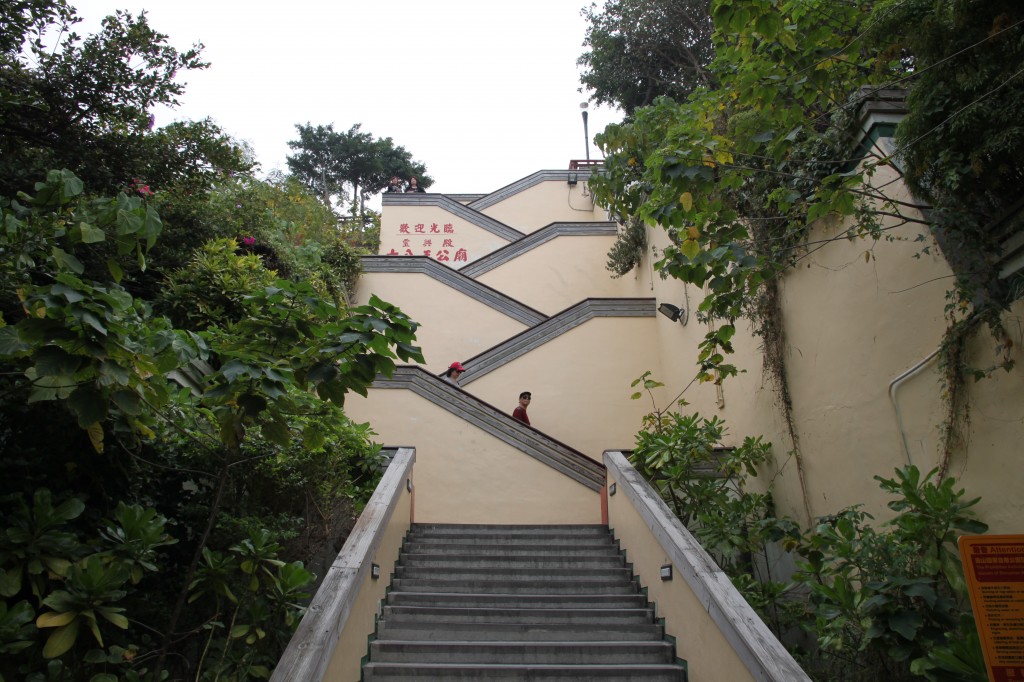 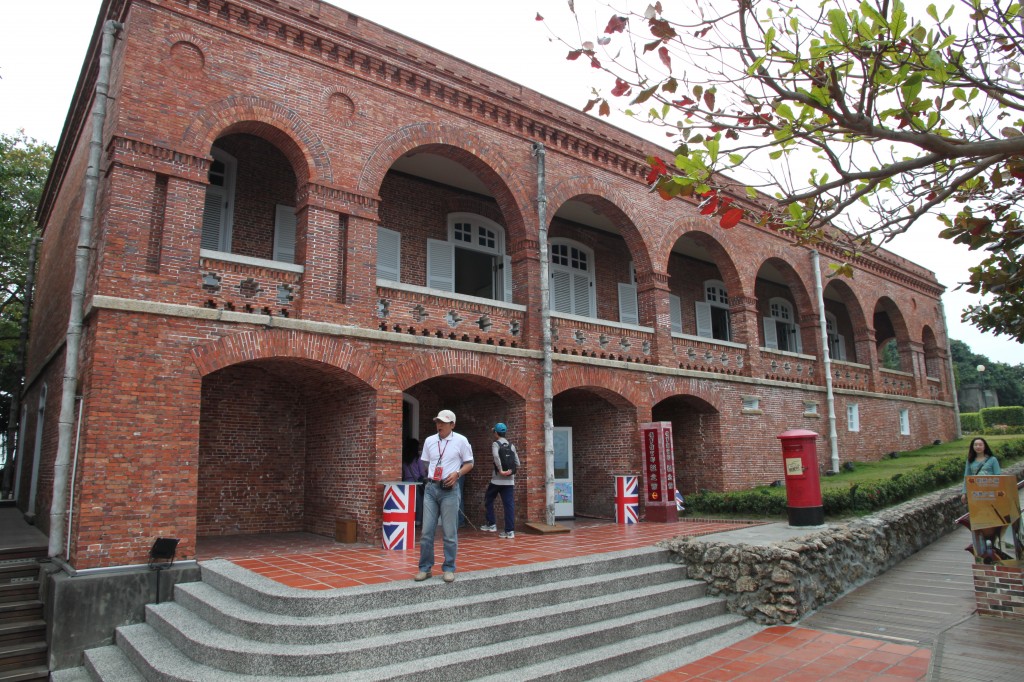 The former consulate is like a little piece of Britain in Taiwan with Union Jack trash bins, Union Jack gates, and the iconic red mail boxes. After touring the building, I had a tea at the cafe while enjoying the view. 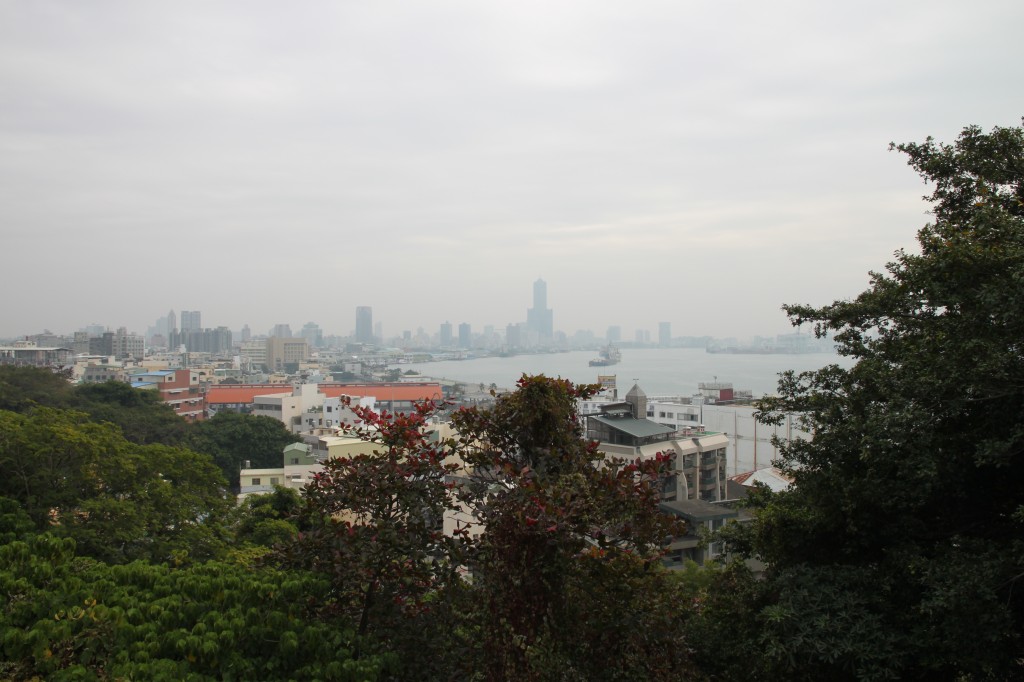 As I walked back down the stairs I noticed a lot of posters hanging on the walls near the bottom. It turns out that the former consulate is now a popular area for protests against the Beijing government and in favor of Falun Gong, which is somewhat amusing considering that most of the tourists visiting the site are from mainland China. 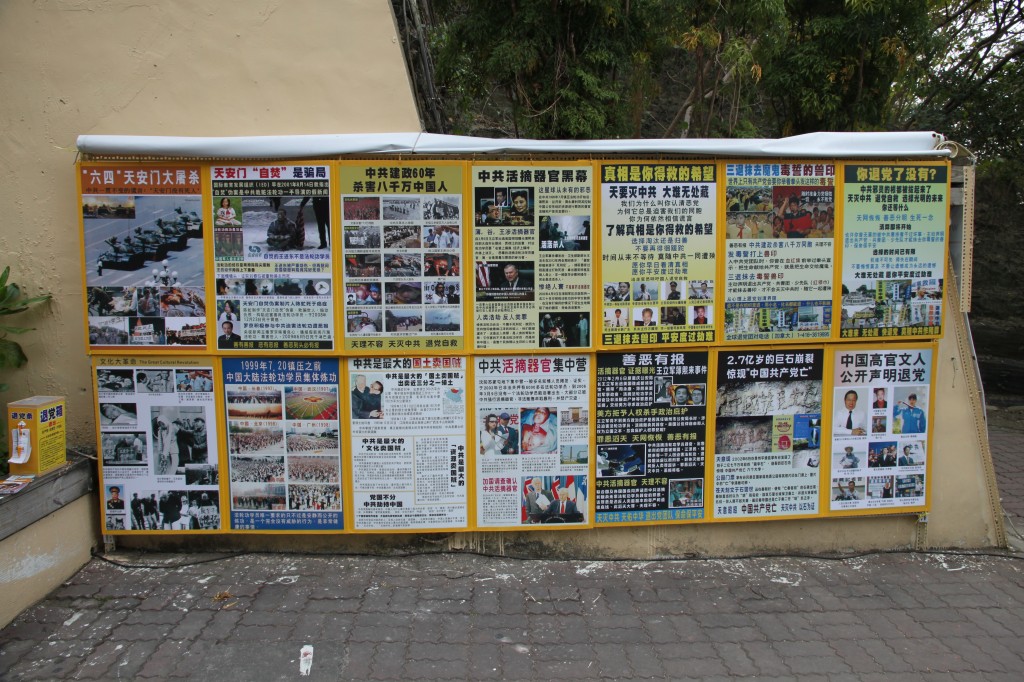 If you’re visiting Taiwan don’t be dissuaded by Kaohsiung’s industrial past. This almost tropical city is definitely worth a visit. Probably one that is even longer than 24 hours.

What is your favorite photo from the Lotus Pond temples?